As the weather was pretty good on Saturday, we decided to head toward Wicklow and if we all agreed, we’d stop at a beach.  We love the Wicklow Mountains and so figured let’s head that way.  Next time I want to check out the Indian Sculpture Park. 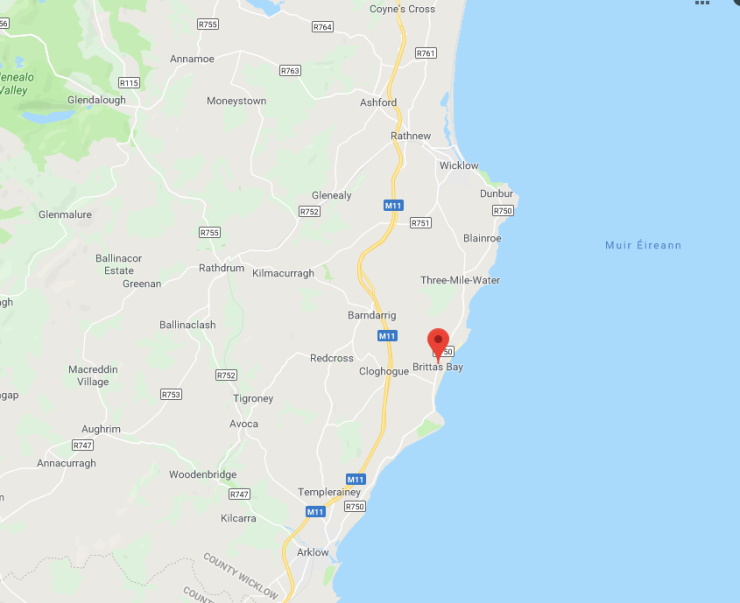 Nils read that the Silver Strand was great, so we set off for that but then when we arrived at the sign we had to enter through a caravan park.  Not sure what it was like and knowing we were only going to be there for an hour or so (if that) and as it was already 2 pm in the afternoon, we decided to skip paying the €10. parking fee.   Instead, we drove on about 20 minutes and stopped at Brittas Bay Beach which was a really lovely, blue flag beach.  It had a maned lifeguard station and toilets in the car park.   A short walk from the car park, we were at a nice open beach which was not busy.   Immediately, our kids were into the water and running about. 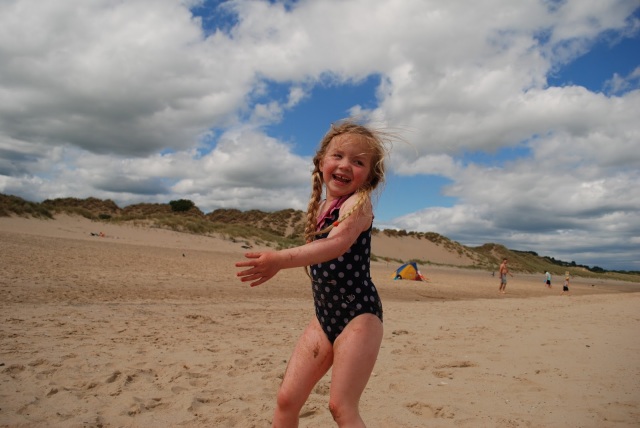 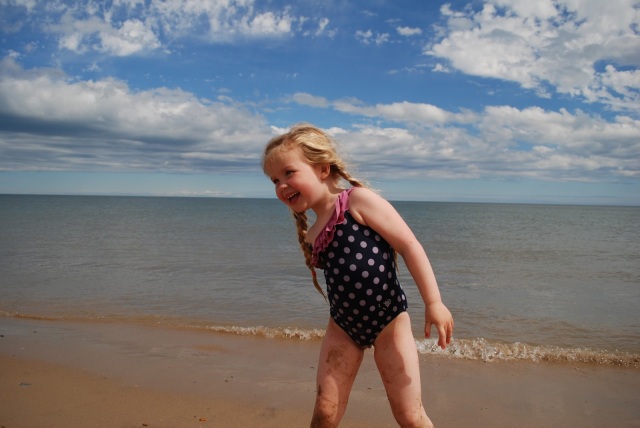 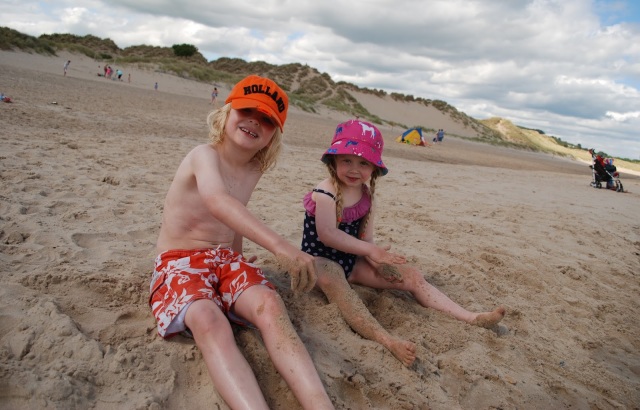 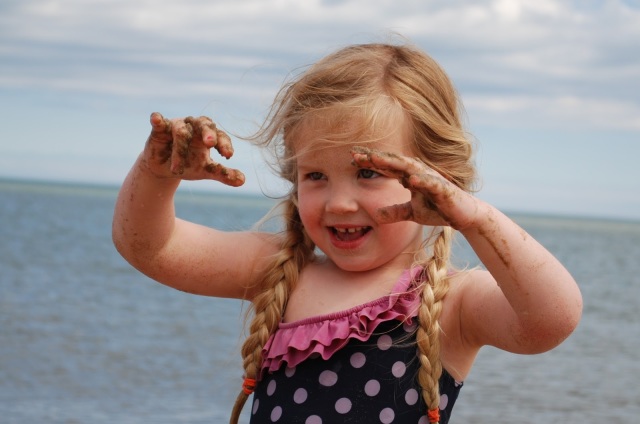 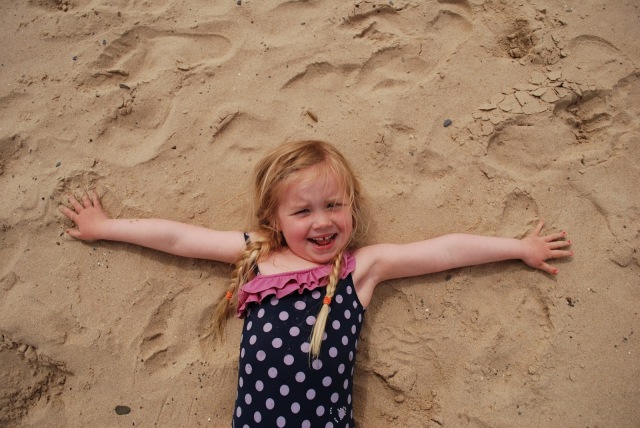 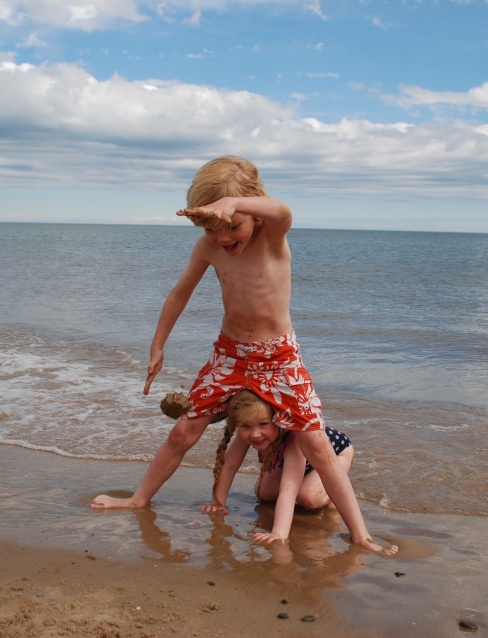 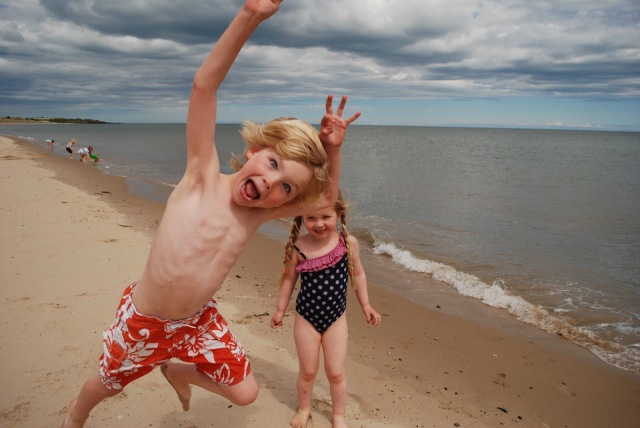 And as an added bonus, the RNLI came ashore, spoke with our two lifeguards and took off again. 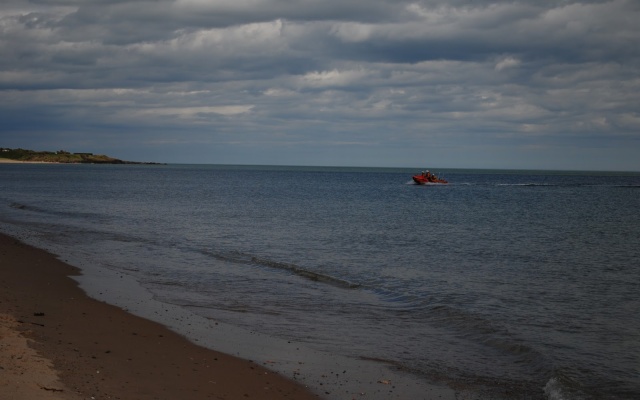 I myself was not prepared for a swimming day as I thought it was going to rain, I never thought we’d make it to the beach.  A bit stupid of me, but then again the water was a bit cold, I probably wouldn’t have gone in anyway.  Instead, I could sit and watch the kids enjoy themselves. Maebh has a love hate relationship with the sand – one minute she is making sand angels the next she is complaining her hands and face were covered with wet sand.    She always hated sand in her toes – here is a photo of her when she was just two…she sat at Good Harbour Beach in Gloucester picking the sand out from between her toes until she took off her pants and splashed in the water.  LOL

Overall that beach was nice and while I wouldn’t drive from Dublin just to go to that beach for the day, as there are some great beaches on our doorstep, but if we are in Wicklow again, we’d stop there. Well worth the €4.00 car parking/entrance fee, which goes to the car park, toilets and lifeguard station.

As Maebh fell asleep we took the long route via the mountains and into South Dublin and stopped at The Bath Pub in Sandymount for a beer and pizza from Base – AMAZING pizza.  We “celebrated” my turning 41 and Father’s Day together. Only problem was we were still hungry and could have had a third pizza.  The waiter was a lousy salesman, said we should only get two vs three.  🙂   Glad we don’t live walking distance from there as the pub would be a local favorite and for now we keep it special.