Nils and Soren are off to the UK for two nights and two football matches. 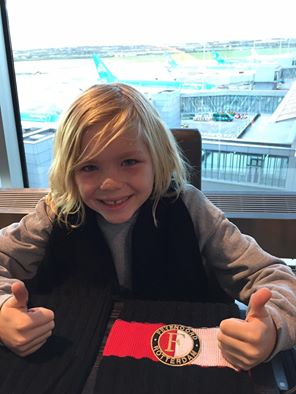 First they’ll watch their favorite Dutch team, Feyenoord vs Manchester United their #1 most hated team in Old Trafford it’s live on tv so we’ll record it for them. Then tomorrow, they’ll spend the day touring around and hopefully visiting Manchester City Ethihad Stadium and Museum of Science and then on Saturday, they’ll head to Anfield Road to his Soren’s favorite UK team, Liverpool vs. Sunderland.

Here are the photos Nils has posted on his Facebook page.

First up: Next door to a party with way too long lines to get a drink or some dry roasted peanuts 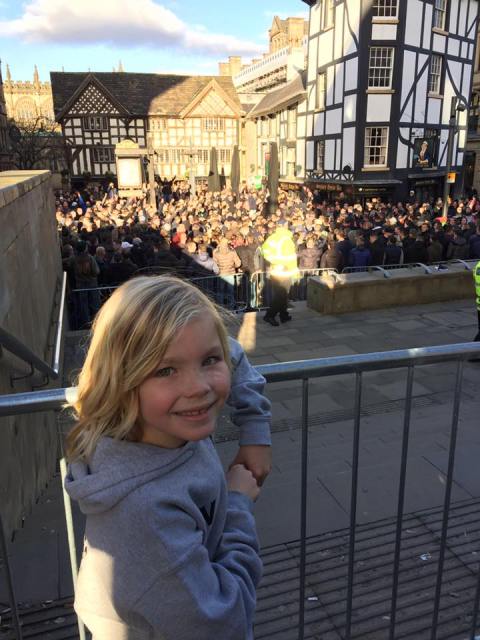 Today Soren shared that it was one of the best days ever – why?  Because he started the football academy.   We looked at putting him into a different team nearby and also onto a team straight away but think this was the best decision…   he arrived in his Liverpool football kit ready to go (clearly a few other kids did too!)   But before you judge, certain kids who don’t look like they will play well, actually did!! 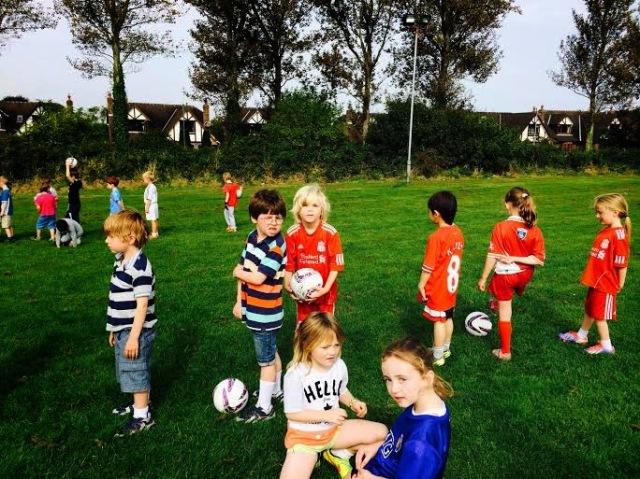 They broke the kids into two groups (by age – thankfully) and did some drills to start and then played a mini game.  At first Soren jumped into play as the goalkeeper, but thankfully that was a short-lived position, as he is better out on the field – and sure enough he scored, two of the three goals.

As expected some of the kids were hacking at the ball and the coach had to blow the whistle several times telling them to back up and no passing whatsoever, so all that will be taught this season.  He’ll gain so much more confidence as a player.  I saw him with three other boys (around 8 & 9)1 at the playground the other day and they were firing the ball and just dominating.  I know he’ll get there soon but would rather he has fun playing and learning than to hate it due to injury or lack of ability.

Here are some photos – I didn’t want to take real photos, so these are all from Nils’ iphone. 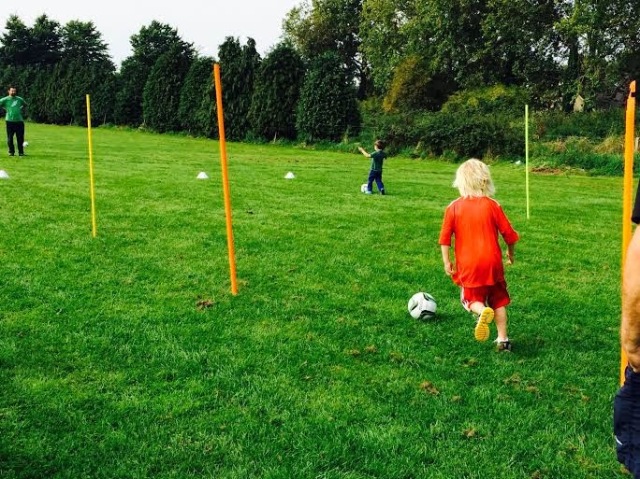 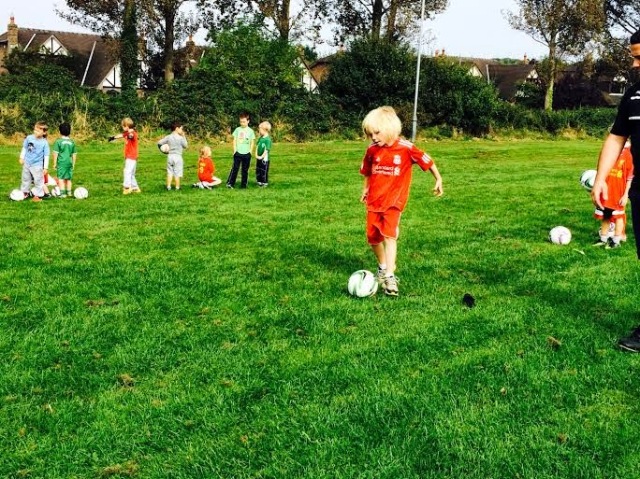 We’ve since picked him up some football boots and he’s ready to play next week – talked about it a few times today!

Here he was in March 2011 when he first played at an indoor area in Beverly – dressed as Messi.  I LOVE the videos too – so young and sweet.

British Soccer Camp is August 2012 and Beverly Youth Soccer very cute – both just before we moved to the UK.

UPDATE:  As of now, Dec 2nd, he’s loving it and has also added GAA to his sports roster!