We saved the best for last.  On our last day in Dublin, we spent the day checking out “Howth” (rhymes with both).  Howth is a small fishing village about 25-30 minutes north of Dublin City Center.   We took the DART (Dublin Area Rapid Transit) which is the commuter rail line like in Boston.   The train station puts you in the main dock area where there are restaurants, who get their fish straight from their own boats right there. 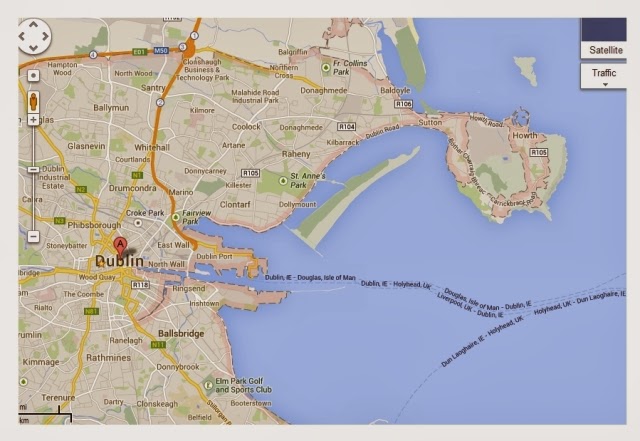 The community website is “Howth Is Magic” and we loved the town.  Of all the places we’ve seen so far, this one was by far, the one that our family could live if we chose to move to Dublin.  It was a cross between Marblehead, Gloucester and Winthrop – three of our favorite places, so you’ll see why it’s perfect.  Marblehead in that it has some multi-million homes on the sea and a lively Yacht Club.  Gloucester in that it is a main fishing village with loads of history.  And Winthrop in that it has a quite working-class, seaside vibe and close to the big city. 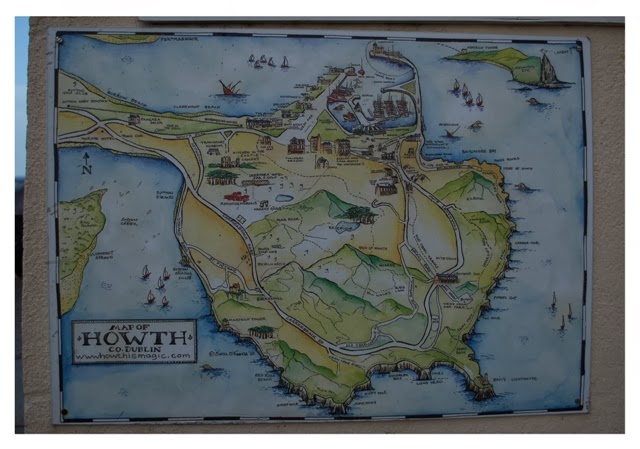 In addition, on the weekends throughout the year, there is a market which is a typical one you find.  Fresh bread, fruit & veg, along with some crafts and other home made bits. 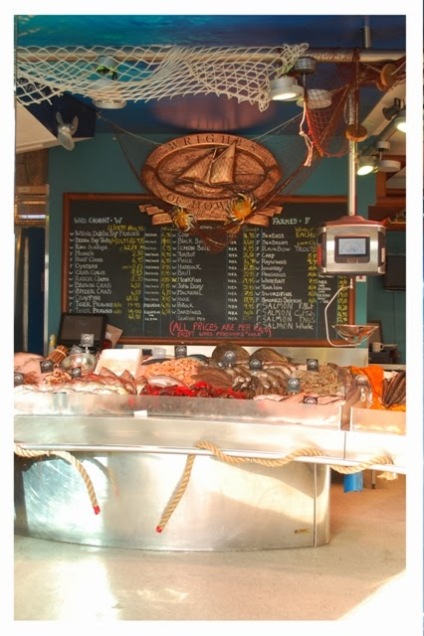 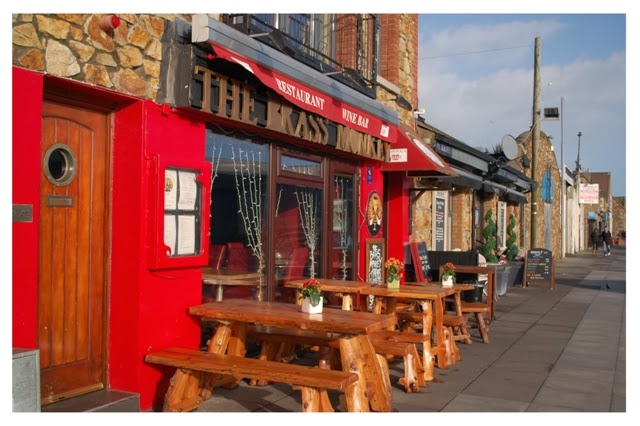 We walked along the first pier checking out the seals and the fishing boats.  They even have an RNLI Lifeboat.  It was very windy, so we didn’t bother going up the other much longer piers to the end but I did take photos of it. 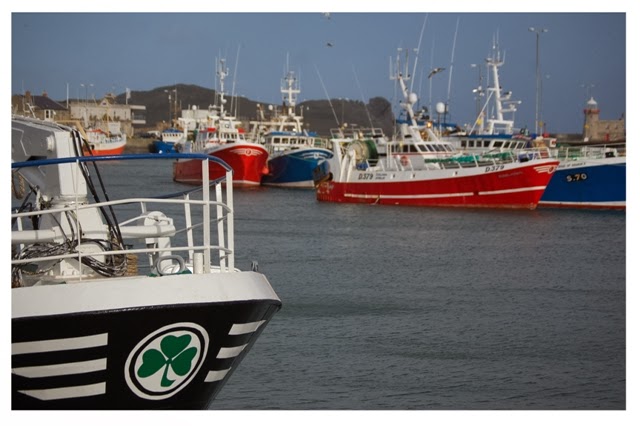 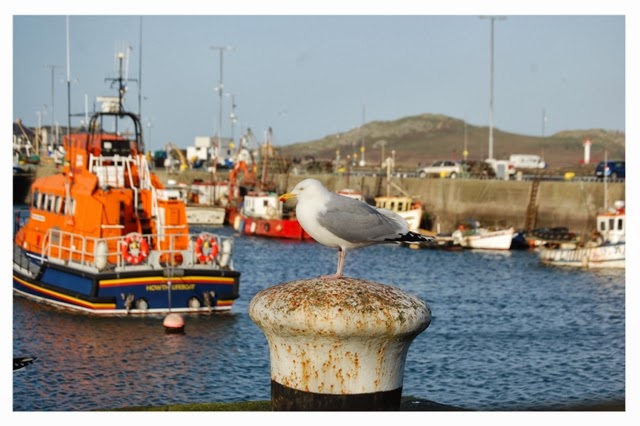 Each day when the fishing vessels unload, they throw all their scraps and chum into the water and that is why the inlet is filled with about a dozen seals.

They actually have three piers, which you can see better from this photo I took when we were flying in on Wednesday morning.  The far right pier and inlet area is for fishing vessels, the middle is for the Howth Yacht Club and the one on the left is a walking one with two lighthouses at the end.

Off the coast is an island called “Ireland’s Eye” which you can see from the main pier and in the summer, you can take a boat there. 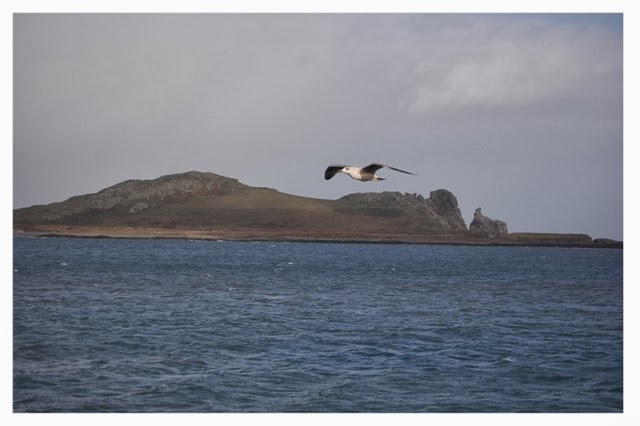 Also off of Howth’s coast are several shipwrecks, the MV Tayleur and the MV Geraldine! Since it was underwater we couldn’t see it BUT I found out some of it’s history. During WWII England was experiencing severe food shortages because many of their transport vehicles had been targeted by Germans. They relied very heavily on fishing vessels and since Ireland is so close they were a large provider of the fish. Once Germany realized this they started targeting Irish fishing vessels bringing fish to England. During one such incident, a German submarine sunk the MV Geraldine and killed 5 of its crew members. 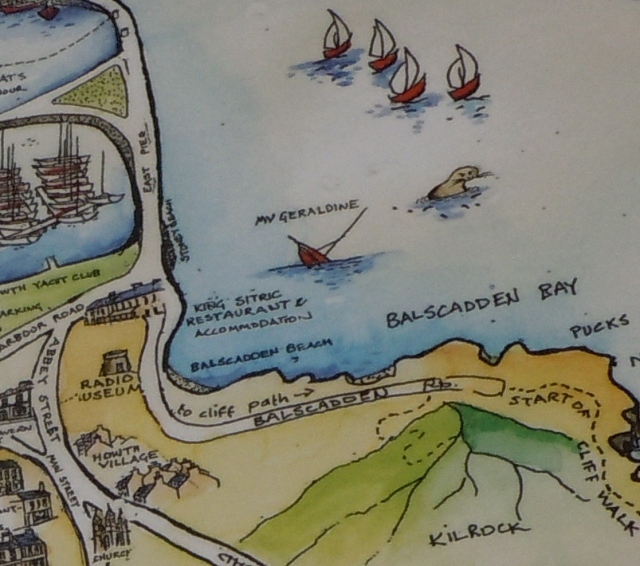 All week long Soren and I had planned on having lunch at the Bloody Stream and eat oysters.  As it was still early, we head over towards the yacht club to let the kids play at the playground in the grassy area.  Such a perfect place for the kids to play.   When there, the sky suddenly turned dark and it started to pour rain which turned to hail.  So we ran across the street and looked for the closest pub we could retreat.

We found the Abbey Tavern.  We started out having only one drink and set off to leave, but when we opened the door, suddenly it started to pour again.  So we ended up having lunch there.  It was okay… I had the seafood chowder, of course.

After we left the pub, we walked up to the top of the hill and took some photos and took in the view and then walked back down via St. Mary’s Abbey. 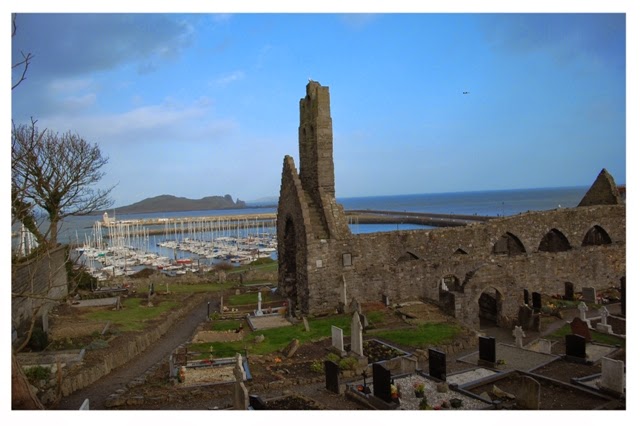 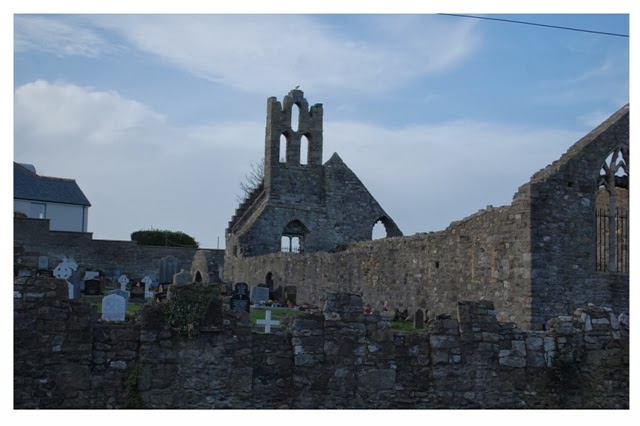 As we approached the town, we saw a Coast Guard helicopter flying above hovering around the piers.  Then we spotted a bunch of emergency vehicles near the side of the pier.   We later found out that there was a fishing vessel which left the pier and a person onboard fell down the stairs and was knocked unconscious.  The Coast Guard lowered a paramedic onboard to stabalize the person until they brought their boat back in to the waiting ambulance. 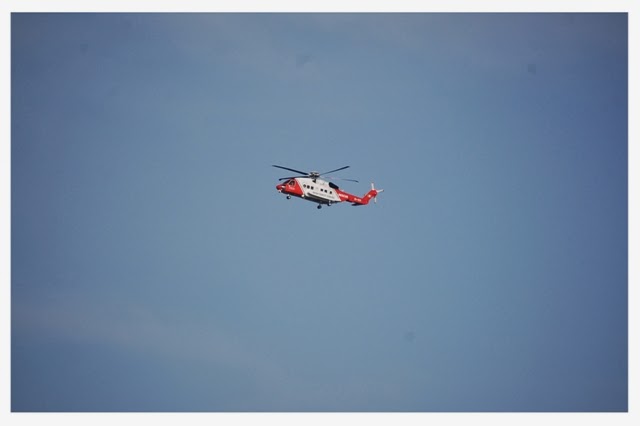 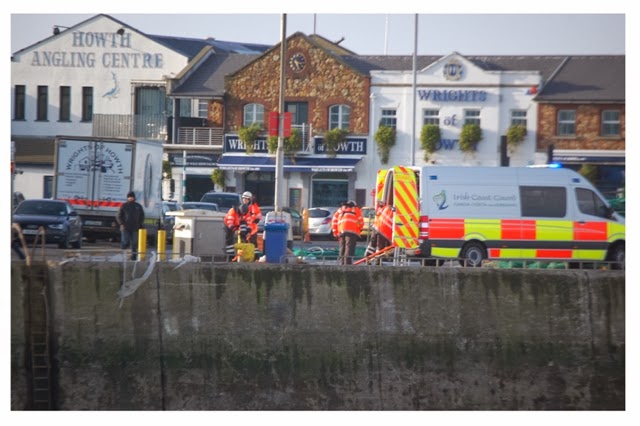 By this time, Maebh was fast asleep and we popped into the Bloody Stream, where we Soren & I enjoyed our oysters before heading back on the train to Dublin to get our bags and head to the airport for our flight home.