Today Maebh & I attended the It’s A Hoot session put on by the Acorns Toddler Group from Sheringham Park – National Trust.  She met up with some new friends & spent some time with her two favorite friends, Harvey & Immy.

Just like the last time, as there was rain, I left my good camera at home, but couldn’t resist taking a few photos of the kids with the iPhone, so not the greatest shots, nor a lot of shots, but good enough for this posting.

So like always, they first start of looking for stickers of the topic in the exhibition area. But we were late today, so we totally missed this part, but got there just in time to head off on a walk towards to Bower to learn a bit about owls and so a couple activities.   .

Ranger Rob, dissected an owl pellet for us.  He dipped it in a bit of water and pulled it apart with his hands and some tweezers to see if we could find bones, fur & feathers.

Inside it, he found a tiny leg bone, several skulls including one of a vole and two shrews.

The kids then pretended they were owls and flew around the field in search of moles & shrews (which were pine cones with yarn tails.  After they used their ears to search for Rob pretending to be an owl in the woods.

After the kids did two owl crafts and finished with a story and songs before we head home. 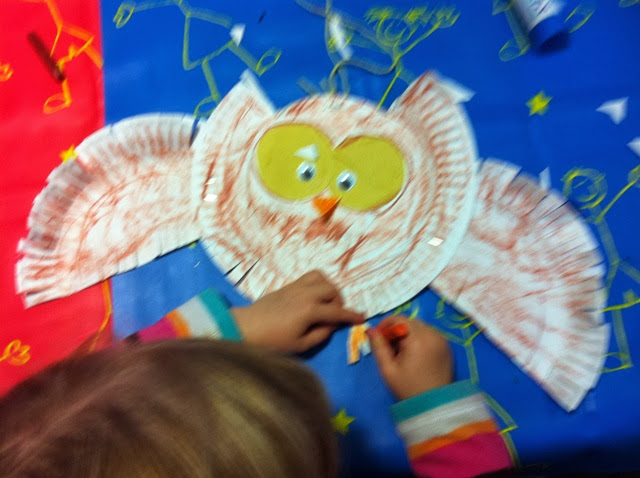 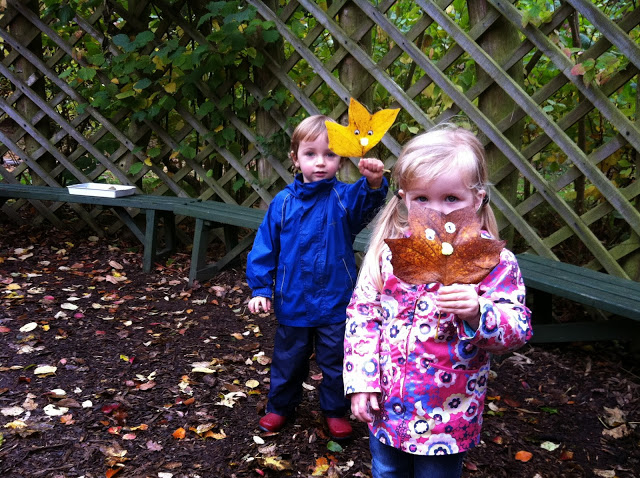 As I didn’t have to pick up Soren at school because he was going to his friend Alfie’s house after the garden club, I took a nap with Maebh.  While I only slept for 1 1/2 hours, Maebh napped until 4:30 pm, clearly, she was exhausted and needed that long sleep.

When I told Soren about the owl pellets and what we found inside, he was pretty excited and is looking forward to the Owl Prowl at Sheringham Park on Tuesday during Half Term.

Next Acorns session is We’re Nuts About Autumn.

The kids are so lucky to have all this nature around them.