I posted yesterday how much fun we were having with the chalkboard wall, but tonight was hilariously funny!  After dinner, the kids & Nils sat down while I drew something on the board and they had to guess it.

Within seconds, we were in stitches.. Nils drew a “dode vogel” which was the dead pigeon on the path to the kids’ school, which Maebh pointed out to & from school for a few days when suddenly it was gone.  Then Maebh drew funny pictures, which you knew she had no idea what she was drawing but had a lot of fun with it.  Soren was great, with his love of school things. He started off with the A & B board which his teacher uses each day to keep track of Year 1 & Year 2 kids.  He insisted we didn’t shout out the answers, but instead raised our hands.   Then he did a meat tenderizer!!

I took a few photos of it with my iPhone and took a video of each kid to just have this funny memory on record.

I can see many many nights of this in our future. In fact, at bed time, when asked what they wanted to tomorrow, both said Pictionary and hangman on the blackboard.  Rainy & short Winter days stuck inside won’t be so bad – let’s hope this fun doesn’t wear off too soon! 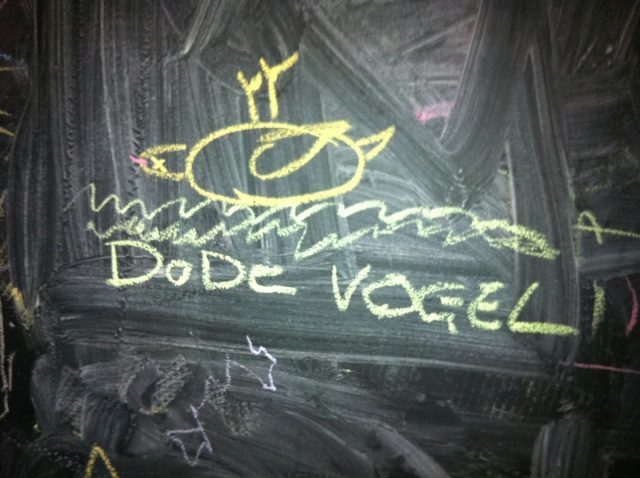 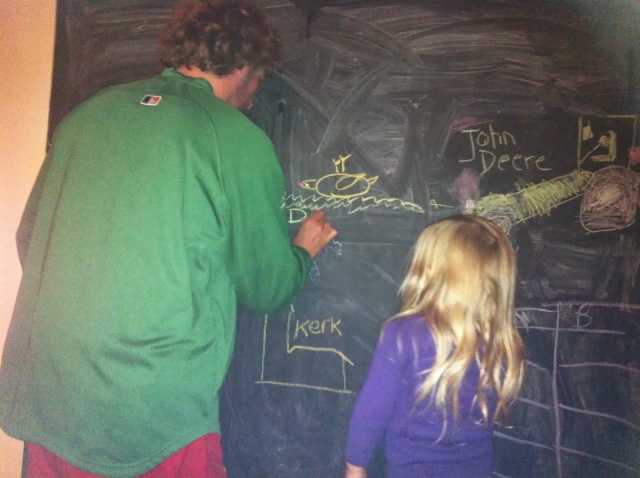 Nils make my large chalkboard look rather small – or is it just me?

Speaking of chalkboard and small – in looking through some old photos today, I found some of Soren & Maebh. He was the same age as Maebh now (3 years old) and Maebh was just under one.  While she didn’t crawl or scoot, she got around by rolling everywhere – not wanting to miss a bit!

The clever little guy took some chalk and drew some tracks and then drove his train down the tracks. 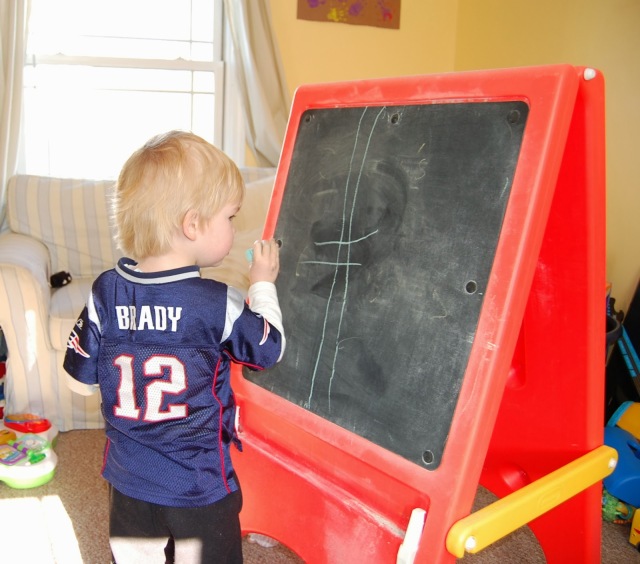 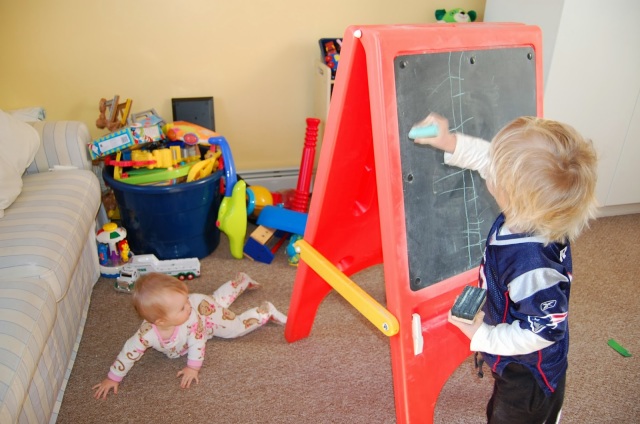