Today we drove the coastal route from Cromer over to Wells-Next-The-Sea to try crabbing on the quay.  To start the kids had some races on the Butlands.  Soren was so upset that he was not winning the running race against Tobias.  He kept saying that he cheated as he didn’t start at the correct start line, blah, blah, blah, but I think he was just not fast enough to win, so he was upset.   Clearly, he has our competitive positioning and was a bit hard on himself.  Maebh thought it was fun to race too and naturally, she’d never win against a speedy Tobias, but she had fun. 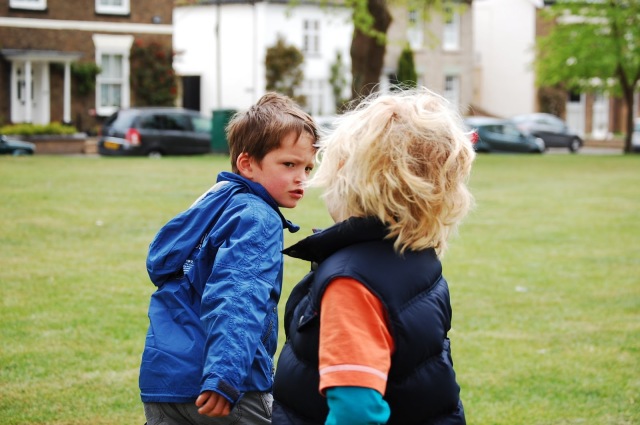 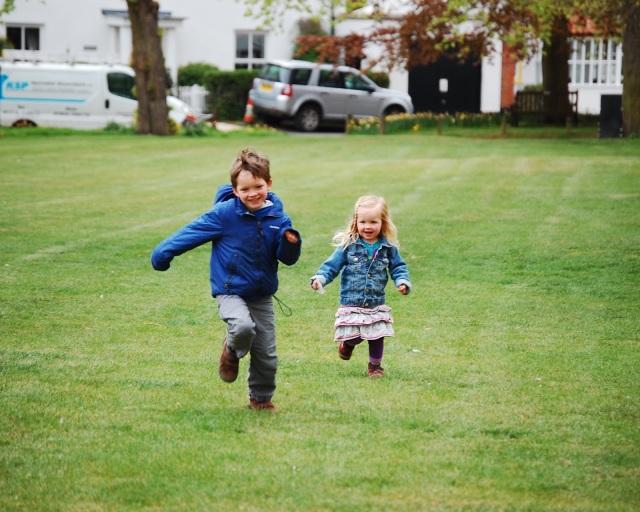 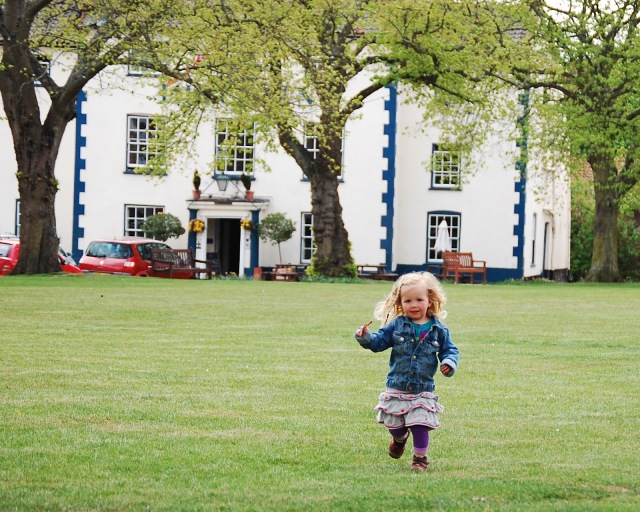 As we walked down the shopping street, we picked up a bag of bacon at the “Rock-Star” butcher shop, A J Howells.  Jana popped in bakery and picked up some delicious eclairs and gingerbread men cookies for the kids.  She also took Tobias into a Gem shop and bought him some mixed stones in a little blue drawstring bag.  He called them his “diamants” (diamonds) and was so happy and played with them for the next two days.  Soren, Maebh, and Stefan were all very jealous, so next time we’re over in Wells-Next-The-Sea or even the Gem store in Cromer, we’ll get a set which they can pick out.  They’ll surely be a hit for his school’s show & tell Fridays.  Right before bed on his last night, Tobias gave Soren a single “diamant” for him to keep.  He was thrilled this am, when he woke up it was still under his pillow where he placed it to be safe.  (But not before asking if the “Tooth Fairy” would come and give him money for it – clever boy!)

Next we stopped in and picked up some crabbing buckets – we were all excited to give it another shot.  Our first attempt crabbing on the Cromer Pier was a failure and we caught NOTHING which we think was due to our bait being some strange oily smoked fish that clearly didn’t interest the crabs around us, as the other crabbers had buckets full of crabs. While we tied on some bacon onto ours.   Phillip picked up some rocks and Soren, Tobias and Stefan returned with buckets of water and some large stones to hold down the nets.   We tried one net – we arrived and the tides were going OUT, so crabbing was not even possible!  A little discouraged, we laughed it off and left. 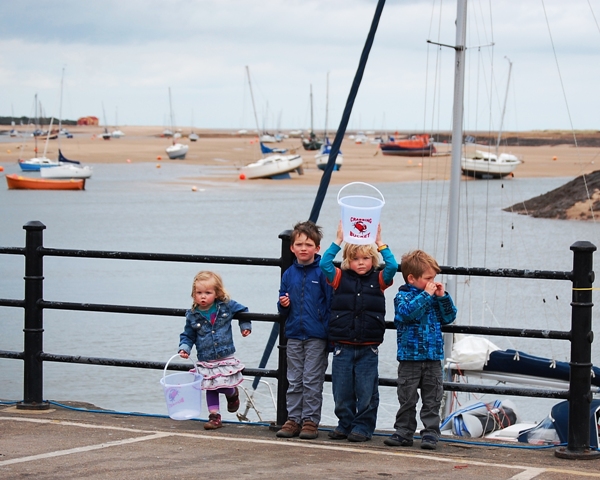 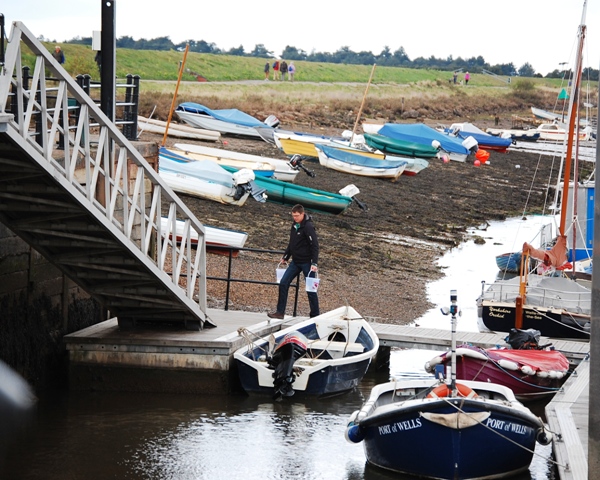 So we packed it up and walked across to the great Pirate Ship Playground, which had just been upgraded with some new equipment. While the parents (well at least I was a little bummed we didn’t get to crab) the kids were in heaven in this great playground.  We agreed that we’d try and crab on the pier the next morning if it was not raining.

We drove down to the beach and walked in the woods, up the ramp and down to the beautiful beach. While there were people there, it was so quiet and peaceful.  Everyone had a nice time, climbing up the dunes and I took lots of photos while dragging behind a bit lot!  Nils took our kids up to the Watch Tower deck and spotted me. 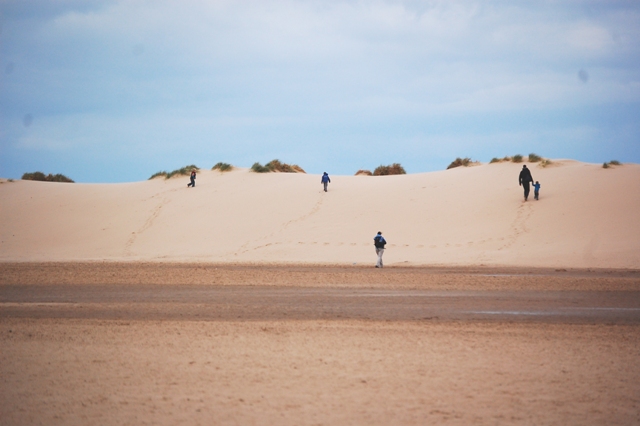 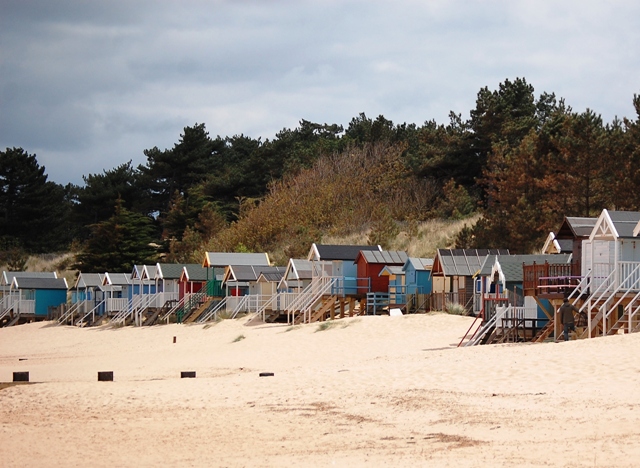 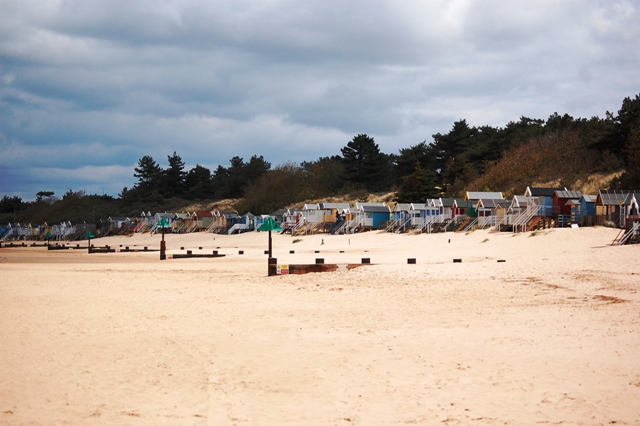 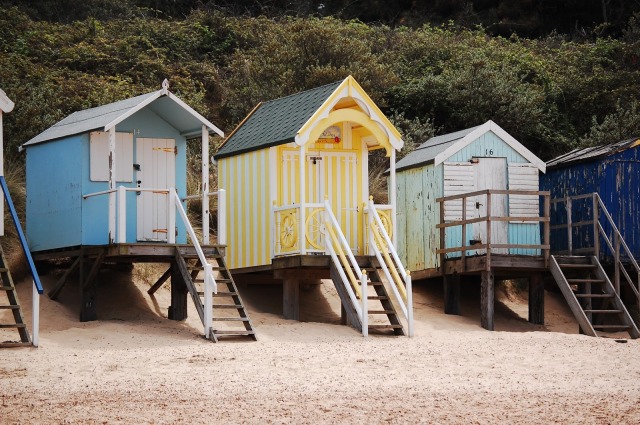 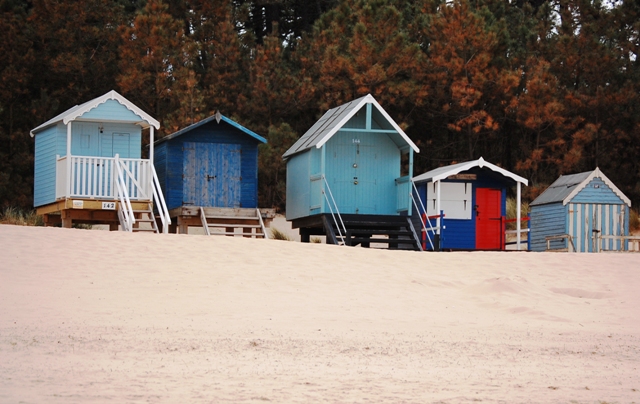 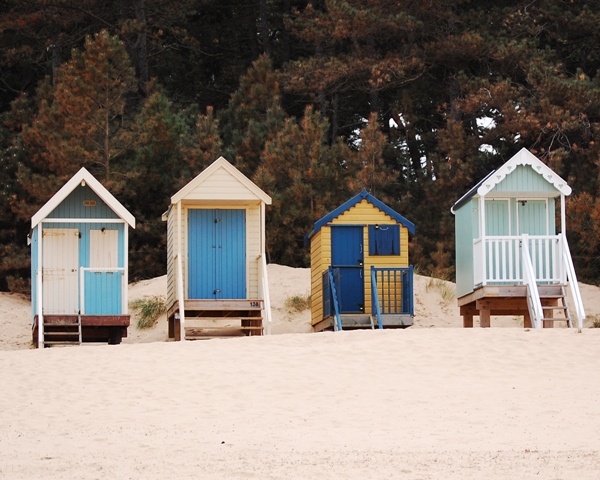 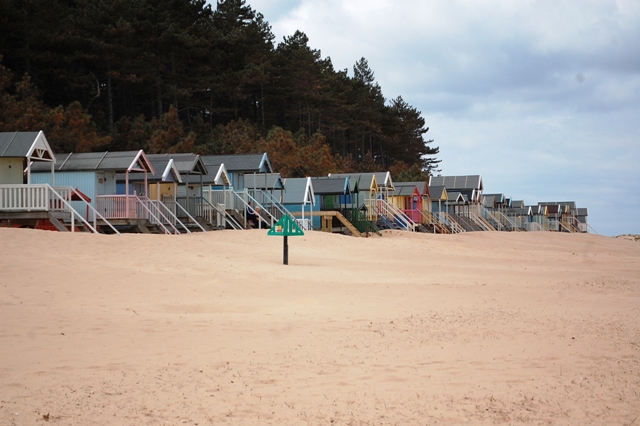 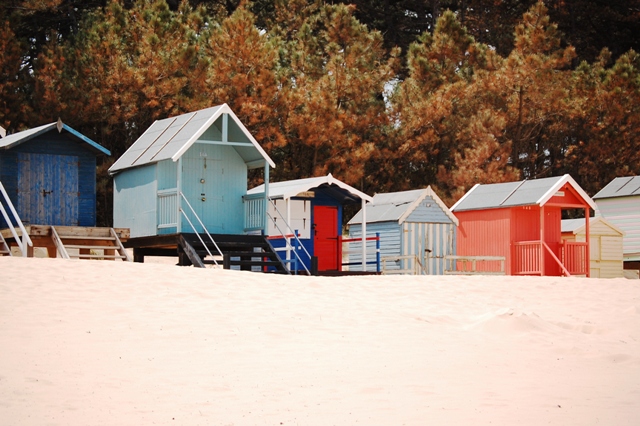 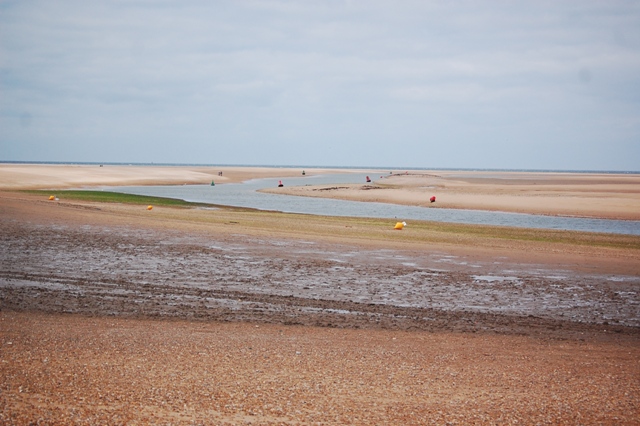 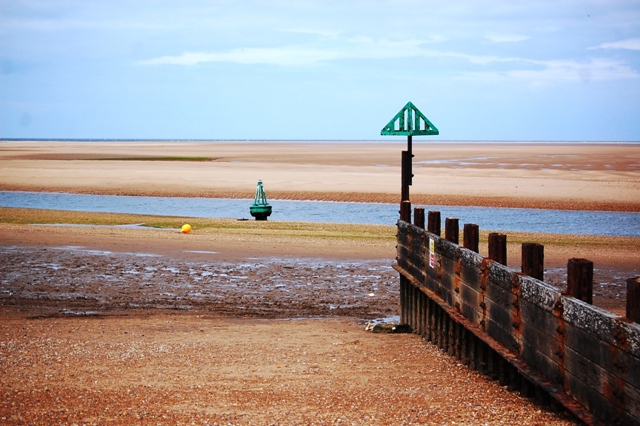 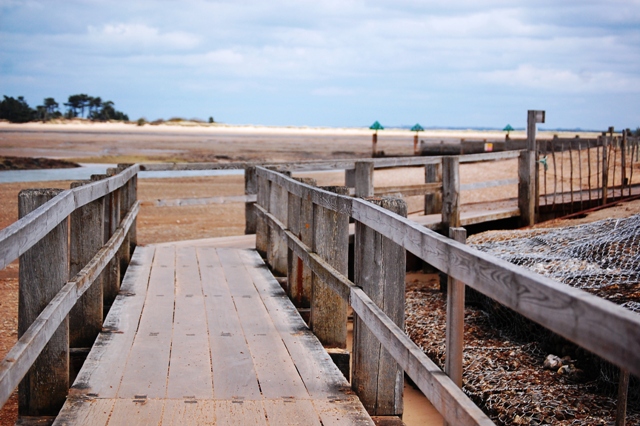 After the beach walk, we all met up at the picnic tables outside the beach cafe.  The kids played hopscotch, ate gingerbread men cookies while trying to avoid the birds/ducks eating some too. 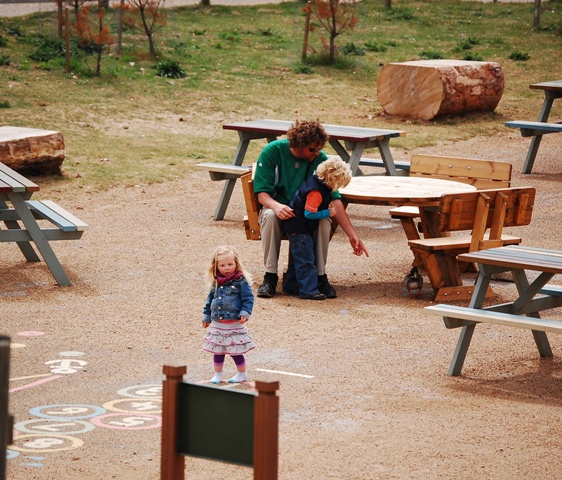 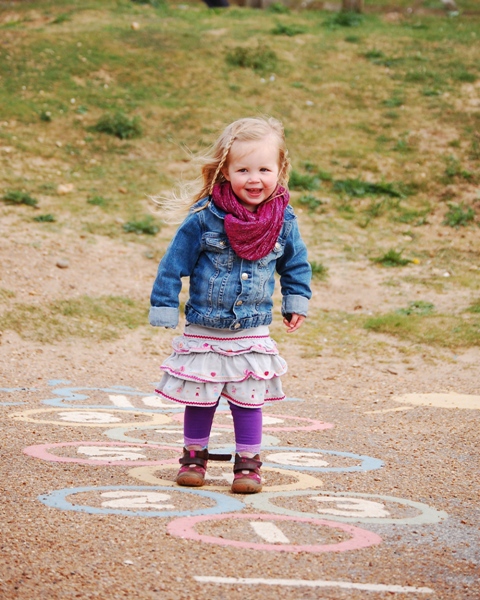 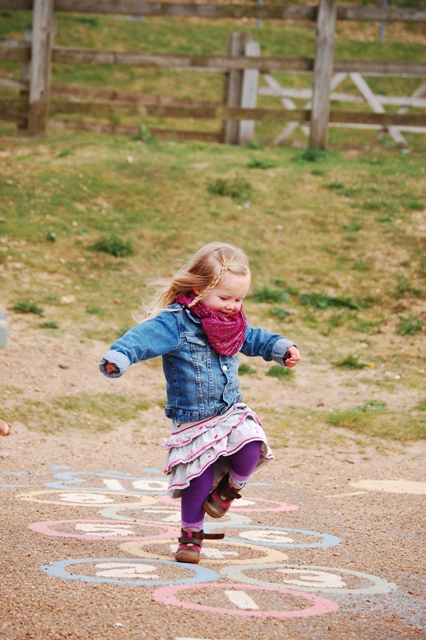 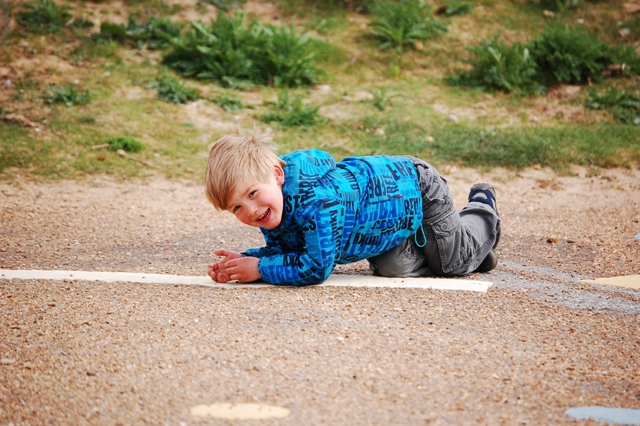 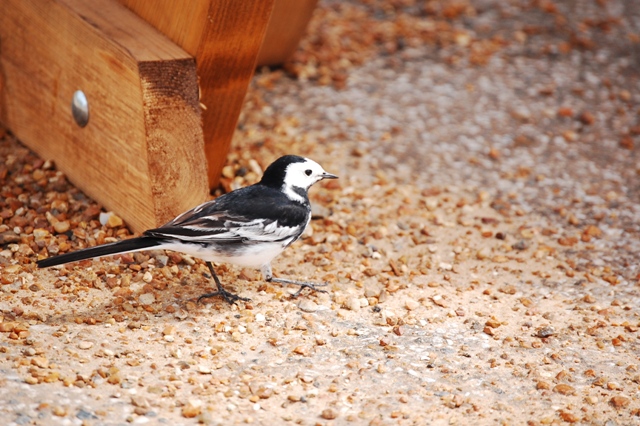 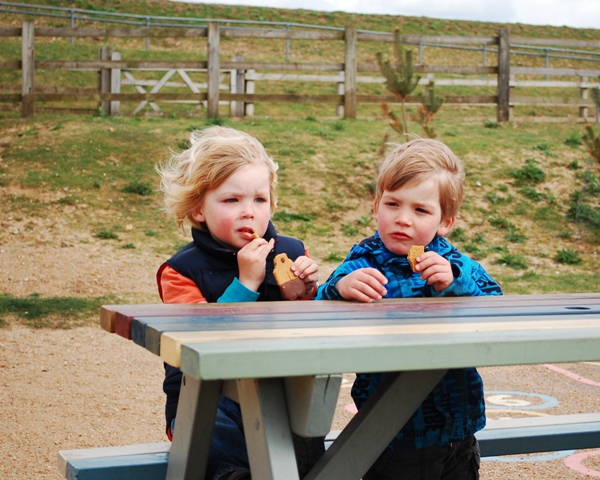 A quick stop at Bookers for dinner and a case of beer, we drove to The Pigs in Edgefield so the kids could play outside on their amazing kid’s structure, while the adults enjoyed a couple beer, ciders, along with some roasted broad beans.  The kids thoroughly enjoyed themselves and Maebh even took a few trips on the zip line (slowly). Love her new-found confidence and improved muscle tone. 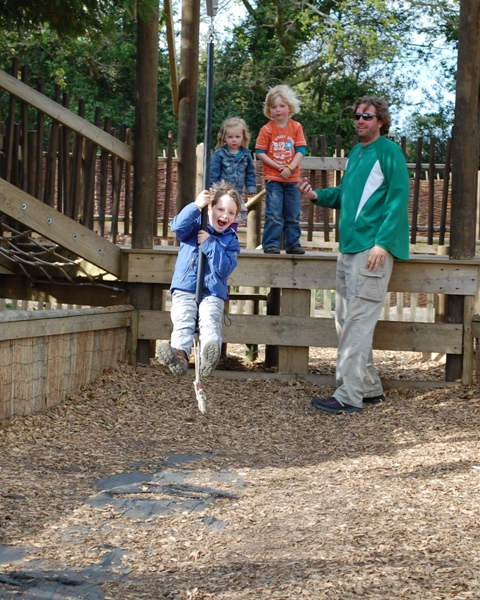 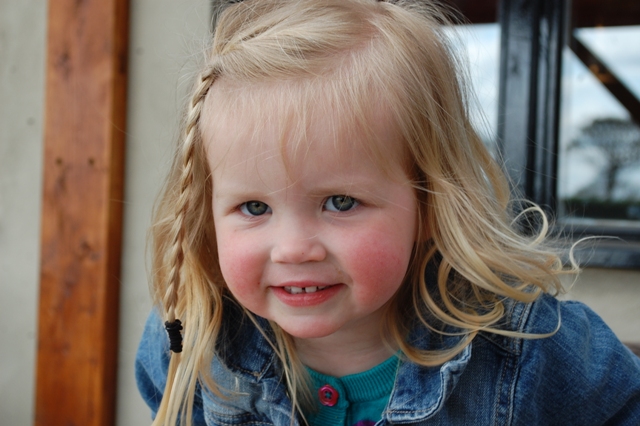 A few other photos of Wells-Next-The-Sea.  While I don’t want to live in Wells, I like to visit as it makes a fun day out. 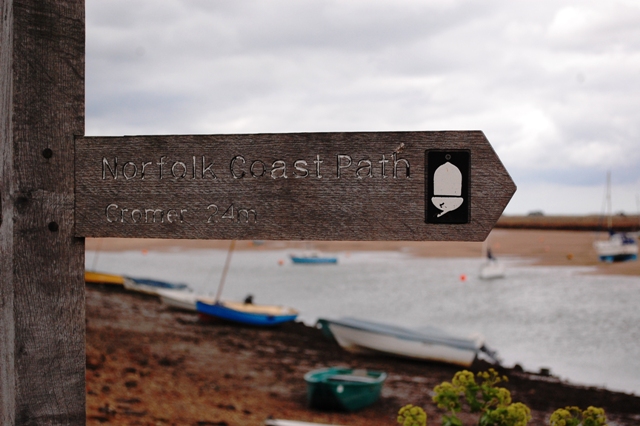 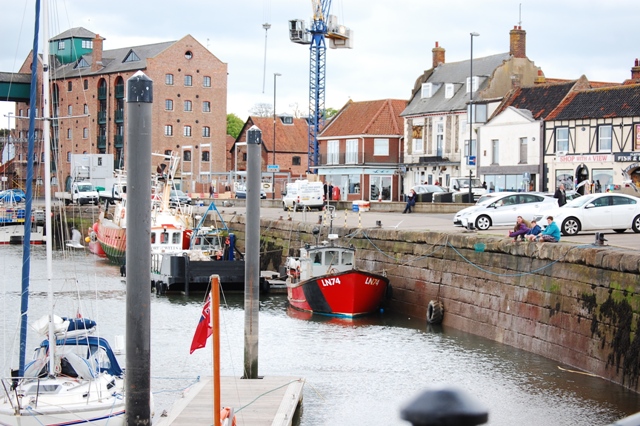 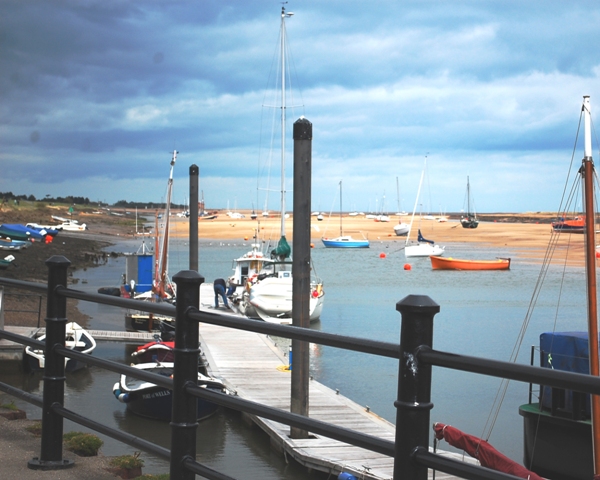