Today we took the kids to the Deepdale Outdoor & Wildlife Festival in Deepdale Market.  Most things were free and with a small donation of a pound to the Seal & Bird Rescue Team, you could hold a beautiful bird and, so we chose the pretty Barn Owl.  As Monday, April 22nd is Earth Day, this event was part of the worldwide efforts to raise awareness and appreciation of the Earth’s natural environment. 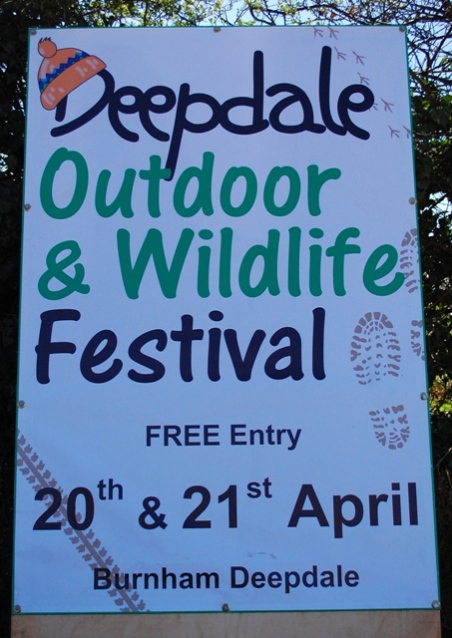 It was a sunny day and not a cloud in the sky, we thought we’d take advantage of the weather and do something outside and so we’d head over there and checked it out.  It was a lot of fun for all of us, but especially Soren – as he held a BARN OWL, ROCK CLIMBING and SHOOT A BOW & ARROW. 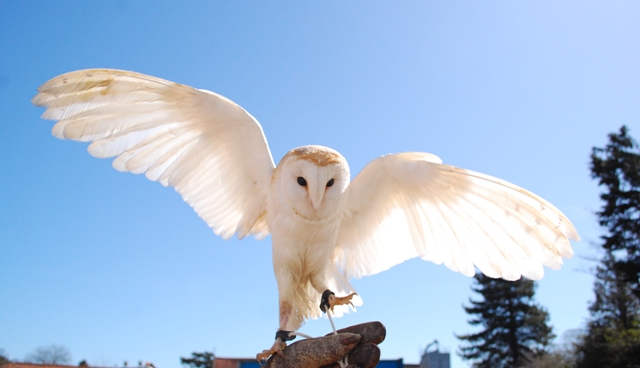 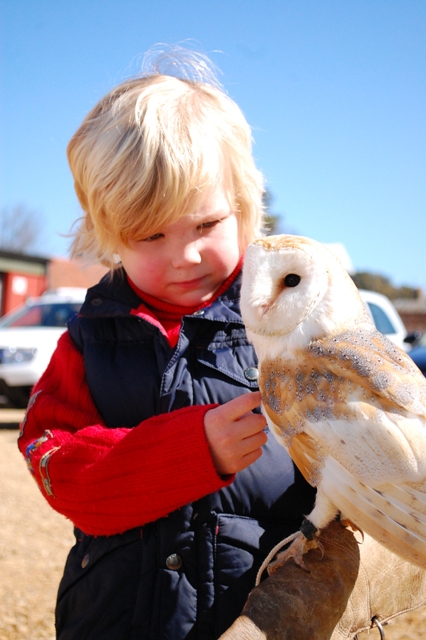 Maebh also held the barn owl, which shocked us as we didn’t think she’d want to do it too.

There was also a pretty high rock wall set up for anyone to climb.  There were three sides with four ropes – one side was the easiest, then it got harder and harder as you went around the sides.  Soren said he wanted a try and he was amazing!  He was given a little bit of instruction on how to get down and had to show the girl he could do it.  Then he started off going up the wall.  A few times he sort of slipped and started to fall down, but he held on and tried again.  So slowly he was going up and up and after some struggling, he did it, he made it to the top and rang the bell.  We were so proud.  You could see how hard he trying and was determined to do it without giving up and that is exactly what he did.  When he was down and asked if he wanted to give the other ropes a go, he declined.  He was tired and didn’t want to do it again, this time, but he’ll do it in the future.  For a little 5 year old, he did well.  Naturally as his mum, I was impressed but the workers were impressed too!! 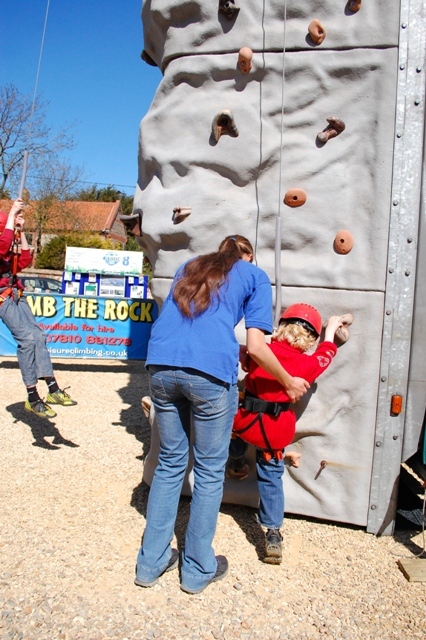 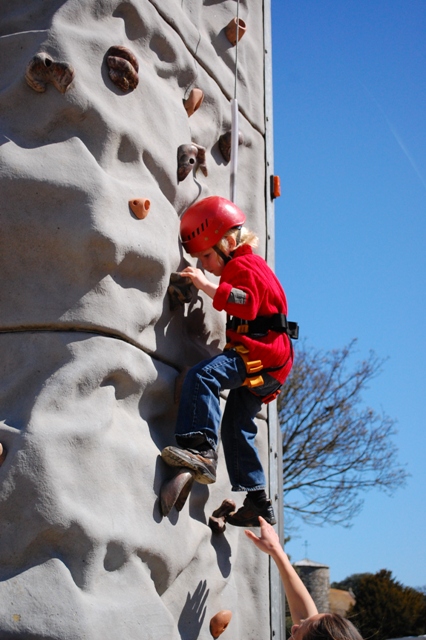 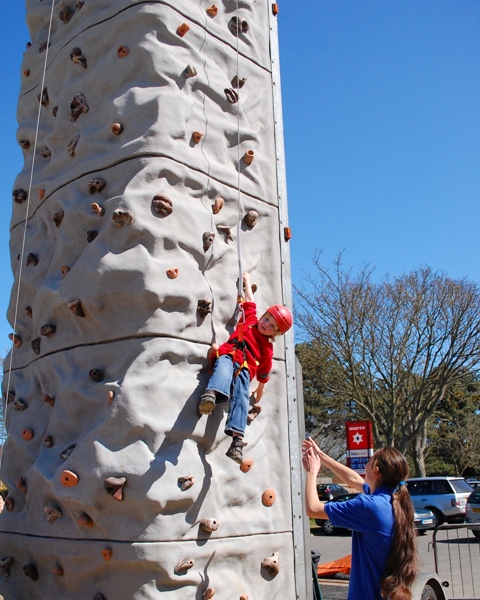 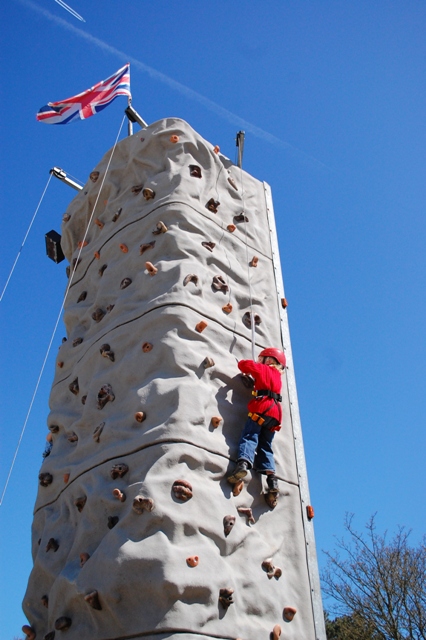 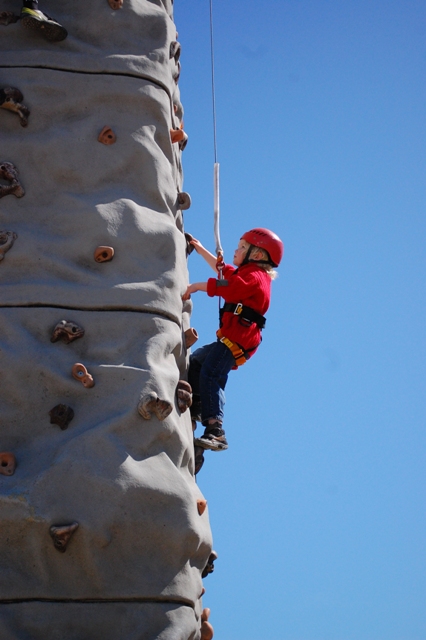 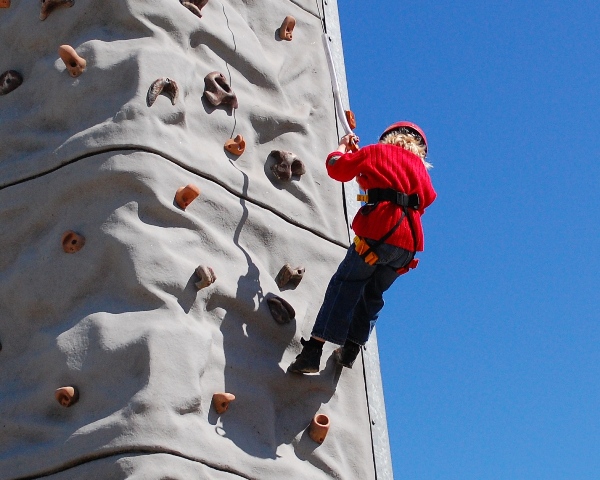 And as if Rock Climbing wasn’t enough effort, he was able to do some jumping on a bungee jump thingy like they have the Liberty Tree Mall – though there I see the kids doing flips, here they just jumped up and down – B.O.R.I.N.G. if you asked me!

We walked around a met a classmate of Soren’s uncle, who owns a VW Bus rental company called Retro Campers Norfolk – where he had one of his beautiful babies, “Maggie May“ on display.  He collects them from Southern California and Arizona and imports them to the UK.  Fun job and life!! 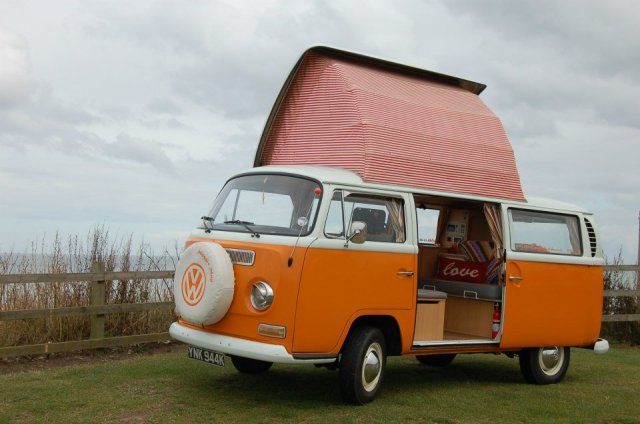 Soren was really interested in seeing if he could shoot the bow and arrow and so on our way out we stopped over at the exhibit put on my Norfolk Active.  Maebh really wanted a turn with the smallest bow & arrow for little kids, but the guy said she was too young and maybe next year.  Her reaction was priceless… she said “No, I’m not too little.  I’m big!” in a loud, stern voice with a poutt face – so funny, I wish I had it on video.  So she patiently waited for Soren & Papa to shoot as I promised her an ice cream.
Apparently as the largest bow & arrow the guy had was still too small for Nils, as it was set for a max height of  6 ‘ 4″.  So when Nils pulled back the arrow\, he could only go as far as his head and his arrow went into the target 6″ deep! Oops!!
I didn’t have a turn as I’d have to remove all my bracelets from my left hand and that was too much work! 🙂 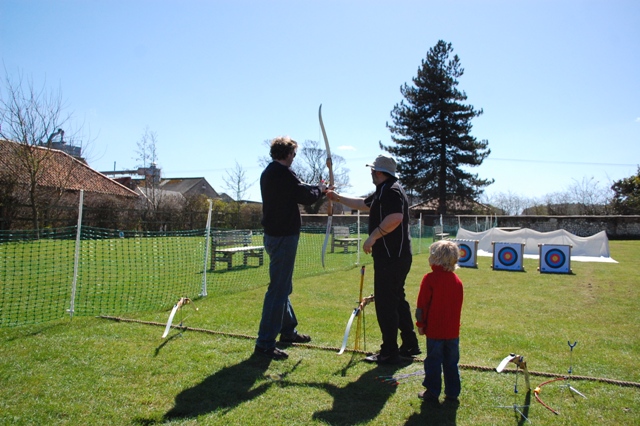 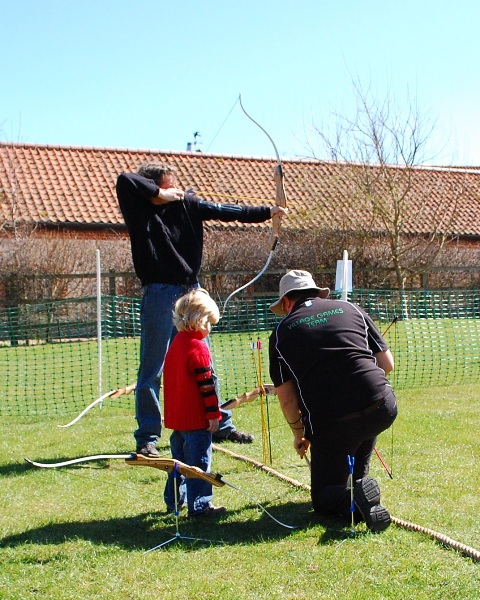 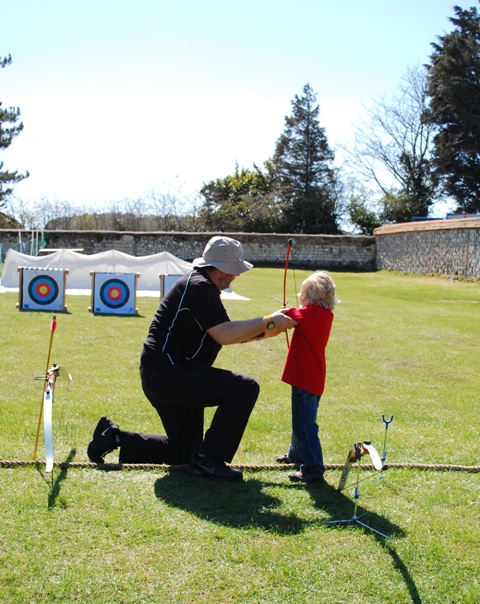 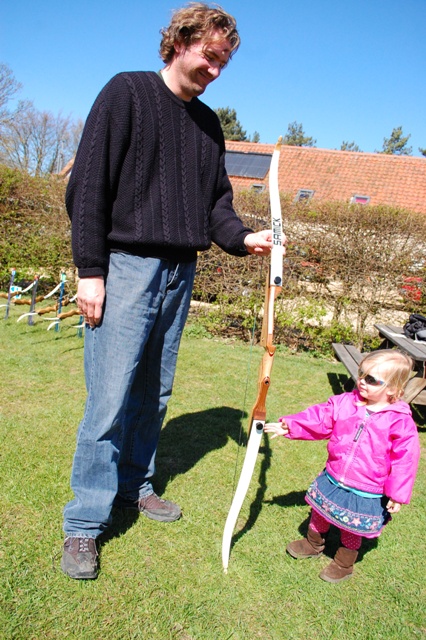 After the festival, we headed home on the coastal route and stopped off in Wells-Next-The-Sea.  We walked along the Quay and checked out those crabbing.  Most of the Quay is open, but there is an end section which has a railing, so the kids can’t fall in.  We agreed, next time we’re in Wells (providing it’s warm enough), we’ll crab there too with bacon, of course.

The kids then had some yummy ice cream and over to the “Pirateship playground”.  Immediately Soren had found some friends, so was playing catch and stuff on the ship, while Maebh had a go on the big girl swing, slide and spinning thing – all of which she kept asking to go faster or higher, while I cringed! 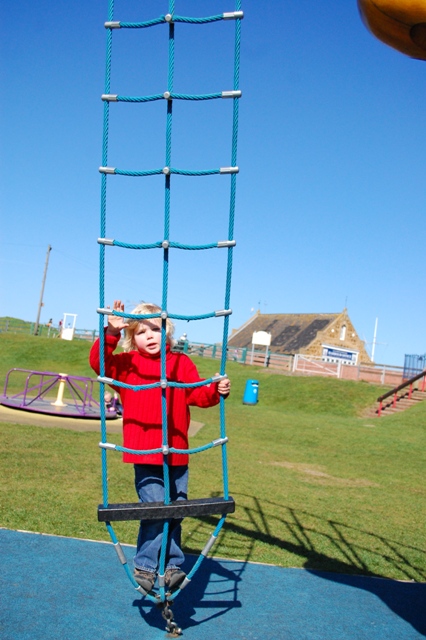 On the way home, we stopped at Pake & Beppe’s home to visit.  We walked around their yard a bit and checked out their flowers, garden and pond, which now had some frogs! 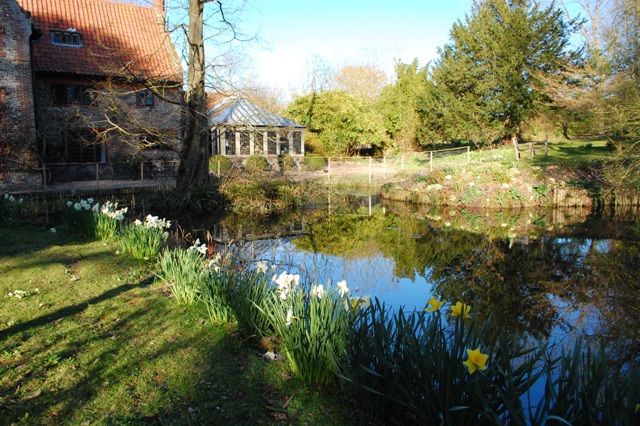 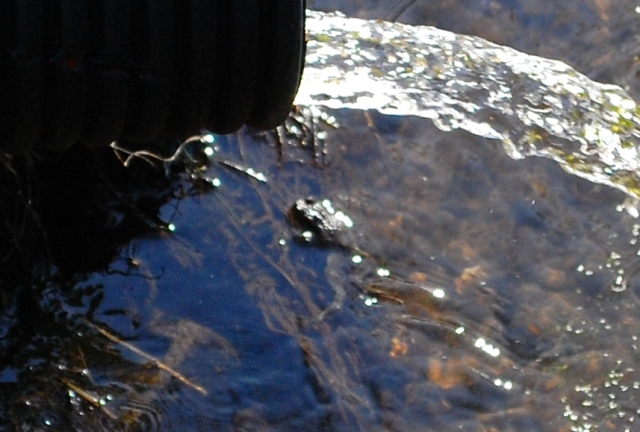 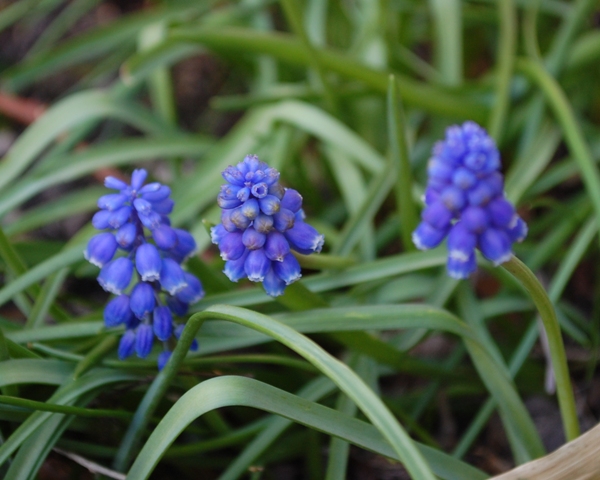