February Half Term continues and today, Soren and I are heading over for a special event at Sheringham Park, a lovely National Trust park nearby. He’s excited to be going.  As Nils will have to work on his upcoming conference today, he was going to put  Maebh down for her nap from 1:30 – 4 pm, so it will be perfect timing. But now that Tjibbe & Jeltje are back in the UK, Jeltje is going to watch her when she awakes allowing Nils to still work and we go.

Foxes, badgers and deer live in the Park but are seldom seen.  Learn how to follow the trails these animals make and spot the tell-tale signs they leave behind.

We will learn about the trails wild animals leave behind and make a plaster-cast animal print. Then we will take a walk into the Park – away from the beaten track to check a camera trap and look for animal signs – prints, feeding signs and POO!!  Includes a walk of around 2 miles with some rough ground – unsuitable for pushchairs (so no Maebh).

We had loads of tracks from animals in our yard during the snow so he’ll find it fun.  We are pretty sure it was nearly all hare prints, which was confirmed today at the session.

Here are some tracks we found in our yard.

Just back from the session  – it was great fun for the both of us!  It was lead by Rob Coleman, a rather handsome earthy type chap (no worries Nils! ;0

We learned there were three types of deer who visit the park. Mainly you’ll find Muntjac & Roe Deer and then Red Deer, which are ENORMOUS occasionally walk through but do not live there.

We started off by doing a plaster of paris foot print cast, followed by a long walk in the woods on the track and off looking for signs of animals (tracks and poo) and then ended back inside where we finished the casts and watched camera footage to see fox, Red Deer, Muntjac and Badgers.

Originally there was two sessions on the 19th:  10:30 am and 2:00 pm.  As it was so popular and they sold out, they added four sessions on Wednesday, Feb 20th.  I think there was 12 kids in all but each had one or two adults with them.  I personally think there were too many people and they should have done a few more sessions with less, but all in all it was great.  Typically Soren latched on to a kid his age and made a “friend”.  Then there was a dad with a little guy who was about 2 and all over the place – nearly falling in the cliff until he finally went after him.  Seriously the kid was swinging a stick and hit Soren but the dad just continued on and let the kid do whatever he wanted to do… never a single correction – completely odd!  We were mainly in “The Bower” section which they say: “It is a great place for families to relax.  Adults observe while children see what lives in the pond or use their imagination in our environmental art area.  Find out what you can smell, feel & hear in the sensory garden.”

Last year they did a session called Froggy Friday but they are not doing that again.  The one this year is on Adders Adventure – we’ll definitely sign up and soon as the first session is already nearly full.   Perhaps Nils & Maebh can both come along for a family day of fun as we go on an adventure to find Britan’s only venomous snake.  (Wait, venomous snake – need to re-think this… type of fun!?) 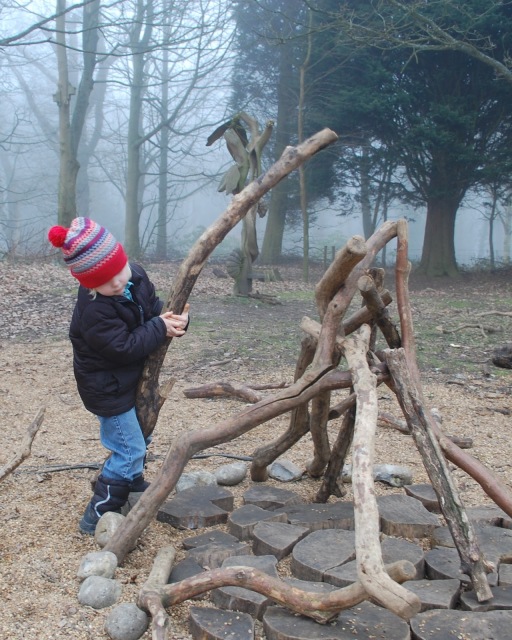 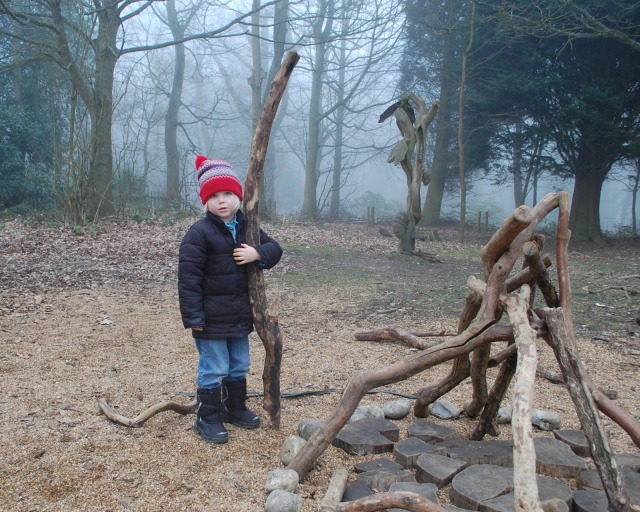 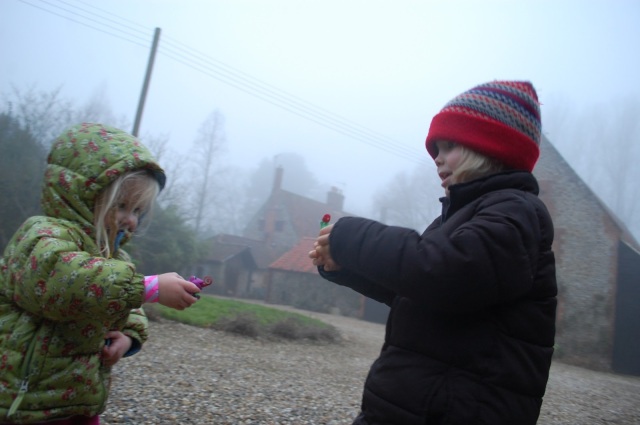 This was our first time ever coming to Sheringham Park.  It was really a lovely place and I can envision us coming there again and again.  It is part of the National Trust, which I still may get a membership, as we love to explore all these places.
Here are some photos and highlights of the park.

And finally – if I’m ever feeling inspired to run a 5K, which because I’m so lazy, I’ll probably never do, there is a FREE weekly 5KM event for runners of all levels.

I’m looking forward to the next half term – April when the four of us are going on an Adder Adventure – the hunt for Britians only venomous snake!