Today was the last day that Lise’s family would be in England and as it was really sunny, the entire group took advantage of the weather and headed someplace outdoors.

Of course, we thought either Holkham or Wells-Next-The-Sea beaches at first, but decided to walk around Holkham Hall & Estate to see the resident deer and go from there.  The property is so impressive. They have so many beautiful trees, impressive gardens and the Hall itself is enormous!  We didn’t even go there at all and I was totally impressed.  They are building a fantastic kids playground area which we will surely visit this Spring/Summer.

Holkham is still privately owned, and is the centre of a thriving 25,000-acre agricultural estate.  It has been in the Coke family since 1609. Talk about old money!

There has been a Deer Park at Holkham since the 1850s, when a herd of fallow deer was moved here from an ancient Deer Park in North Elmham, Norfolk. Today, the Deer Park, which surrounds the Palladian Hall, covers 600 acres within the 3,000-acre Park, and is enclosed by a nine mile-long wall. We have a large herd of fallow deer consisting of around 800 animals. 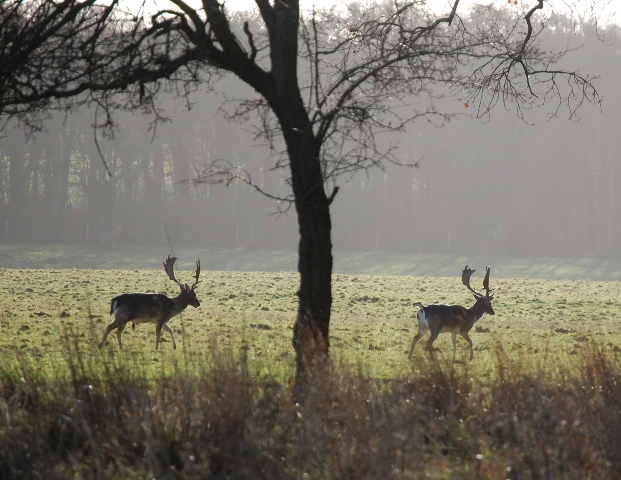 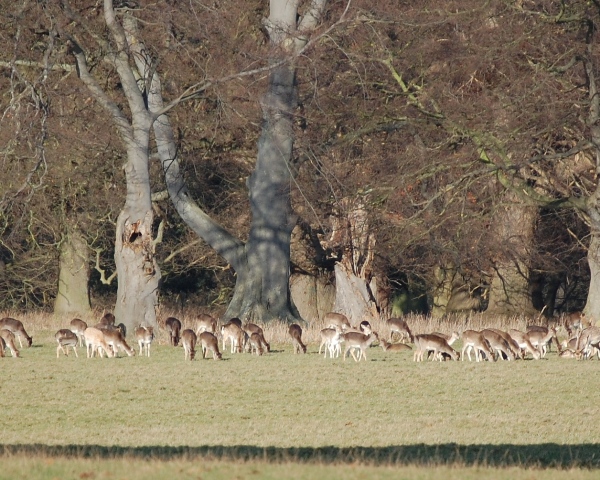 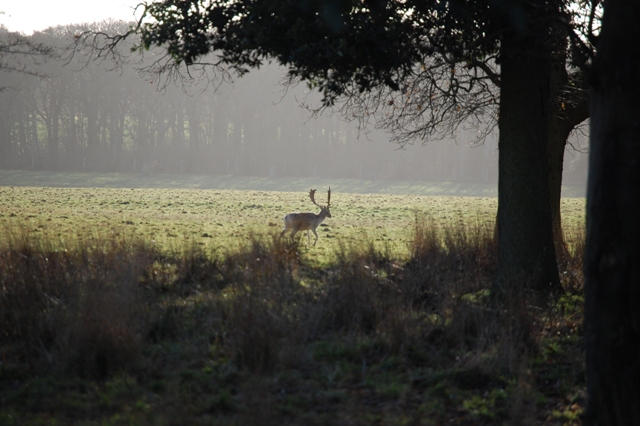 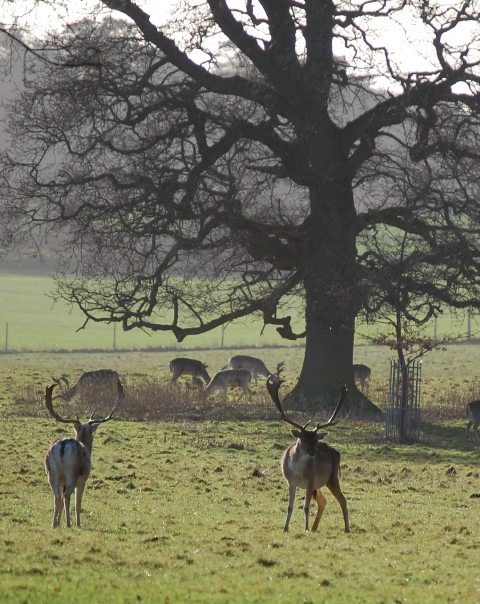 They host some pretty big events in the year including some Easter Fun and Bi-Annual The Holkham Country Fair.

While it was sunny and not a cloud in the sky, it was chilly and windy, but we still had a great time.  Afterwards, we headed over to the Victoria at Holkham for a drink.  It then turned into a few minutes of  playing in their outdoor area before heading back home.  It’s cool that most restaurants in the area have a kid friendly playing area, so we adults can have a beer and nibble, while the kids play in our site.

The hotel restaurant was nice  – a typical place with “The Best Sunday Roast on The Coast”.  I’m not really a roast type person, but I’d sure head back in the summer for a nice salad and a few beers.  Oh and nearly every table had a dog with them… mainly small ones with an occasional rescue grey hound.  Why one would want one of those dogs, I have no idea.

The Holkham Reserve & Beach, which we have been before, is right across the street but it was too windy to really enjoy it today.