I got the idea from Erin (whose friend is doing a similar party for her one year old out in Denver, CO).  Anyway, she got the idea from another blog, Across The Branch and it’s pretty popular now to do an Owl theme.. thankfully we’re the first in our group.  I fell in love with it and decided to also have an Owl party for Maebh.

Below you’ll see the actual invites, extra owls for decorations.  I also added an owl to the back of the envelope with our return address.

Stay tuned for more stuff added about the party. 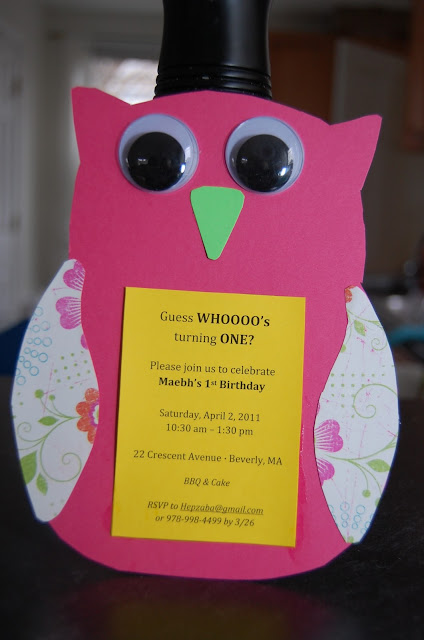 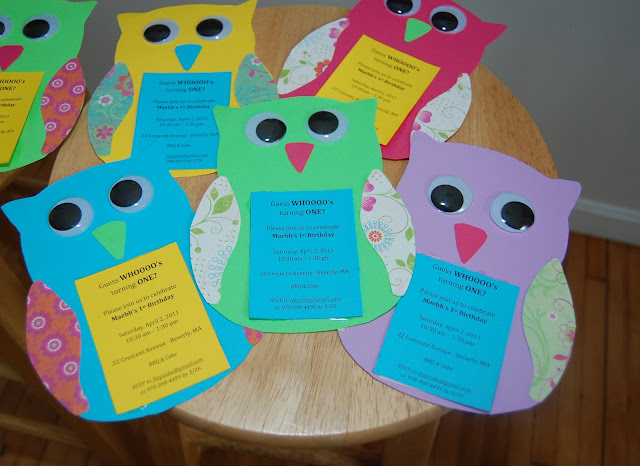 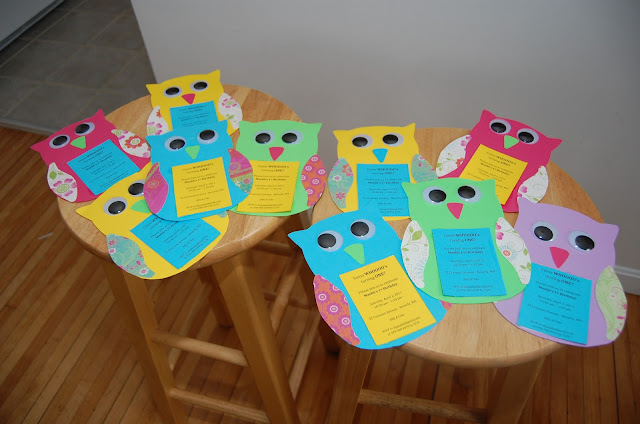 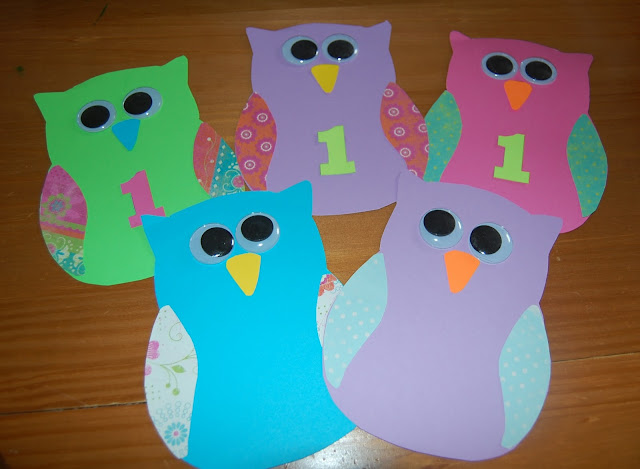 For the kids, I’m going to do owl cupcakes.  I’m doing a combination of chocolate ones and vanilla ones.  I came across these different ones and am probably going to do similar ones.

Another idea for favor – bag of candies with Owl thank you card above. 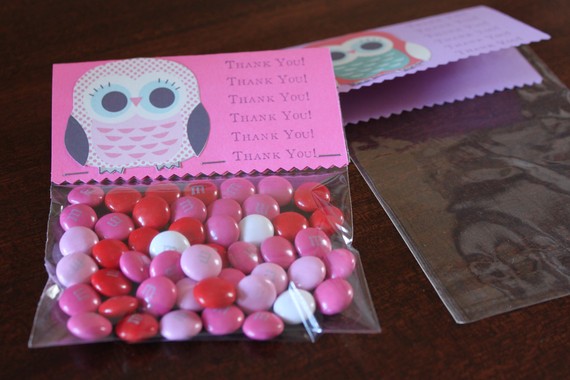 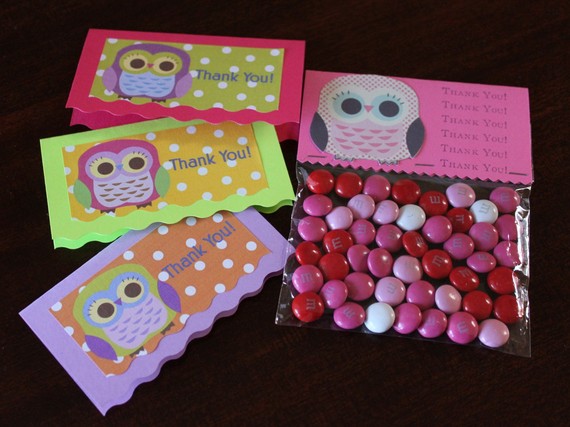 Another favor along the same idea.. Owl card with candies in cellophane bags.  If I did this idea, I’d use googlie eyes and same colors I used to match the invites.  I did a quick sample with my colors and patterns but they need some work to make them more similar but I ran out of free time to work on them. 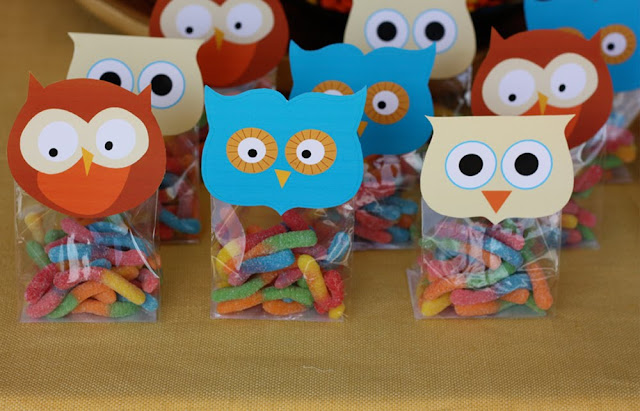 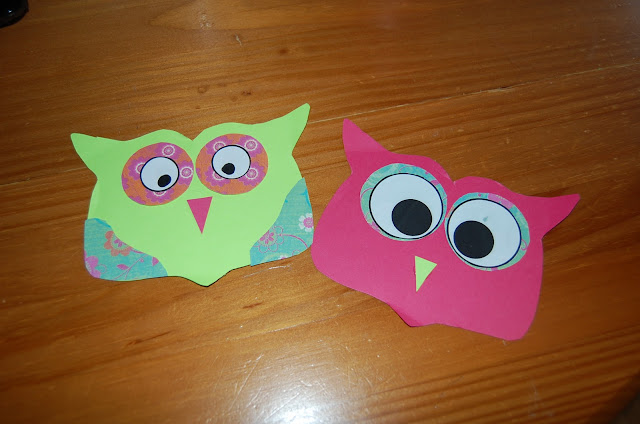 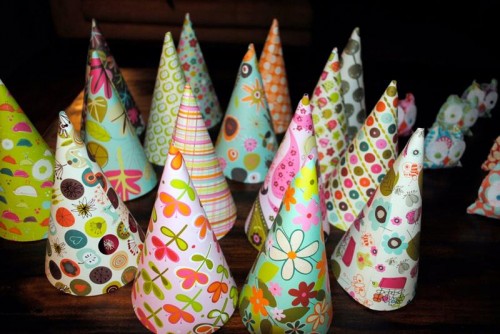 Colorful Party Hats for the kids – I’ll make with the coordinating colors/prints.