Today seemed to have gone a bit better. Soren was able to walk on his skates great and when he was on the ice, he was able to hold onto his crate for a long time and even skate a bit with it.  After a while when he did fall, he had enough and wanted to come off the ice.  Since I was pretty close to the edge, he managed to crawl to me and so off he came. We’re sticking with it.  His teacher told us to keep him and his buddy Stephen Jr. close together and they can support each other.    We’re going back next week.   Hopefully, by the end of the session, he’ll be skating 🙂   He is wearing orange and blue. 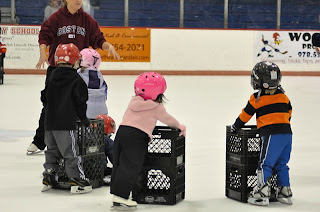 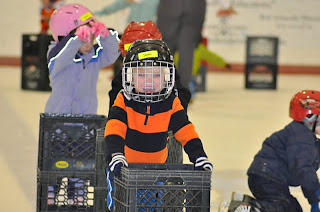 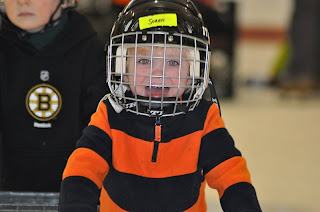 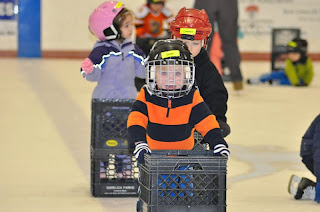 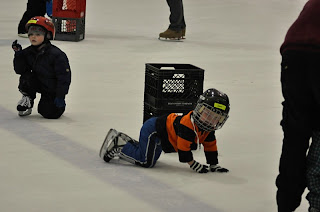 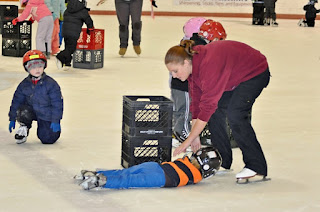 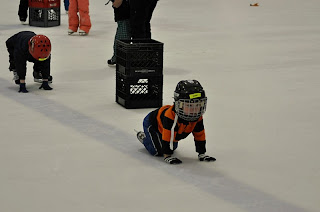 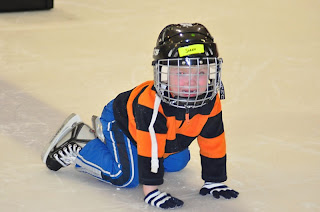 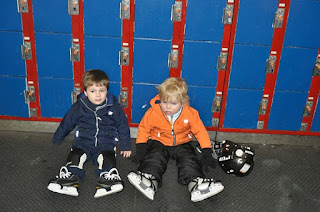 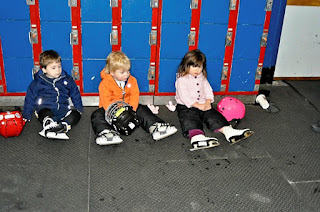